The controversy surrounding the Israeli authorities’ decision to place metal detectors at the gates of the Temple Mount calls to mind the famous Arab saying, “he beat me and cried then came to me to complain.” This inversion of reality is a common among perpetrators who pretend to be victims.


The decision to install the metal detectors came after Arab terrorists murdered two Israeli police officers at the Temple Mount on July 14. The three terrorists — Israeli Arab citizens from the city of Umm al-Fahm — used a submachine gun and knives to carry out their attack. The weapons were easily smuggled into the Temple Mount thanks to Muslim worshippers not having been required to pass through metal detectors or undergo body searches by policemen stationed at the gates.

Incredibly, the Palestinians have since been waging daily protests against the new Israeli security measures, demanding that the metal detectors be removed from the entrances to the Temple Mount. As part of the protests, Palestinian leaders have urged Muslim worshippers not to enter the Temple Mount through the metal detectors and instead to pray at the entrances to the holy site.

The Palestinian Authority (PA), Jordan and other Arab and Islamic countries are accusing Israel of violating the status quo at the Temple Mount by installing the metal detectors.

One listens in vain for a denouncement of the terrorists who murdered the two Israeli police officers — these are the people responsible for defiling the sanctity of the holy site.

We also hear no condemnation of the murder of the officers, who belong to the Druze community in Israel and who were entrusted with preserving law and order at the Temple Mount. The slain officers were stationed there to ensure the safety of Muslim worshippers.

On the contrary — many Palestinians and Arabs have applauded the terror attack as a “heroic operation” against the “Zionist enemy.” The three terrorists, who were killed by Israeli policemen during the attack, are being hailed as “martyrs” and “heroes” who sacrificed their lives in defense of the Al-Aqsa Mosque.

Sadly, many Israeli Arab leaders have refused to condemn the terror attack carried out by three of their fellow citizens.

The metal detectors have one goal: to prevent terrorists from smuggling weapons into the Temple Mount. That is the act that should be viewed as a desecration of a holy site.

Yet, rather than supporting the Israelis’ attempt to thwart bloodshed on this sacred soil, the Palestinians and other Arabs blame Israel for seeking to safeguard the well-being of all people — not least of all Muslim worshipers — through basic security measures.

The Palestinian spin doctors are attempting to divert attention from the terror attack by making it look as if the crisis began when Israel installed the metal detectors and not when two police officers were murdered.

The Palestinians and other Arabs are now crying to the international community that Israel is seeking to change the status quo at the Temple Mount through a series of security measures. They are also trying to make it look as if Israel is preventing Muslim worshippers from entering and praying at the Al-Aqsa Mosque.

The facts, however, tell a rather different story.

First, the security measures, including the placement of the metal detectors, was not an Israeli initiative but came as a direct and necessary response to a specific terror attack. The Israeli government did not convene and take a decision to install the metal detectors in order to alter the status quo or stop Muslims from praying.

The Palestinian propaganda machine is working overtime to market the false impression that the metal detectors are part of an Israeli scheme to spark a religious war with Muslims and destroy the Al-Aqsa Mosque. It appears, however, that quite the opposite is true. The incitement of Palestinian and Waqf officials suggests that it is they who are hell-bent on triggering a religious war with Israel and Jews.

This incitement began more than two years ago, when Palestinian and Waqf leaders started telling their people and the rest of the world that Israel was planning to destroy the Al-Aqsa Mosque and that Jews visiting the Temple Mount were “defiling with their filthy feet” an Islamic holy site. Palestinian Authority President Mahmoud Abbas was the first to pronounce this blood libel, which triggered a wave of knife and car-ramming attacks against Israelis that continues to this day.

The three terrorists who carried out the July 14 attack were acting precisely in accordance with the instructions of Abbas and other Palestinian and Muslim leaders: that it is the duty of Muslims to defend the Al-Aqsa Mosque from Jews. In that sense, this attack should be seen in the context of the ongoing wave of terror attacks against Israel that began in late 2015 and which is known as the “Knife Intifada.”

Since then, the Palestinians have been using visits by Jews to the Temple Mount as an excuse to launch terror attacks against Israel. Palestinian officials and media outlets continue to depict these peaceful visits as “violent raids by Jewish settler gangs into the Al-Aqsa Mosque.” The truth, however, is that no Jew has set foot inside the mosque. The visits are restricted to tours of the Temple Mount compound — something that non-Muslim tourists have been doing since 1968.

In reality, it is the Palestinians themselves who are desecrating the sanctity of the Temple Mount, using the site to launch violent attacks against Jews by hurling stones at Jews praying at the nearby Western Wall.

Last year, the Palestinians thwarted a plan by Jordan to install dozens of security cameras at the Temple Mount. The cameras were supposed to refute or confirm Palestinian allegations that Israel was plotting to destroy the Al-Aqsa Mosque. The Jordanians backed off from their plan after Palestinian intimidation, including the threat to destroy the cameras.

Why protest the plan? The Palestinians were afraid that their violence, harassment and amassing of weapons to attack Jewish visitors and police officers would be captured on camera.

Redux: Palestinian are twisting reality again, only this time with metal detectors. They are worried that the metal detectors will stop them from smuggling knives and firearms into the Temple Mount.

The Palestinian opposition to the metal detectors at the Temple Mount means one thing only: that the Palestinians are determined to turn the holy site into a weapons cache and use it as a launching pad to carry out terror attacks against Israelis. If the mosque were then actually destroyed in the process, guess who would be blamed? Possibly that is even the real agenda. Who among the international community would like to sign off on that? 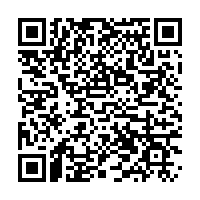