Abarbanel asks a strong question about the reason given for not attacking Edom, Moav and Ammon. The reason given in the verses (Devarim 2:5, 9, 19) is that God gave Esav and the Children of Lot their countries as an inheritance. About this Abarbanel cites another verse (32:8) and asks, “Did not God give all the nations their territories?”


Rashi (2:5) brings a relevant midrash from Bereshit Rabbah (44:23). The midrash tells us that the ten nations promised by God to Avraham would not all be conquered by Israel. Rather, the seven nations that we are familiar with would go to Israel, whereas the other three would be going to the three nations we are discussing. While this sheds some light on the matter, we are still at a loss as to what makes these nations so special. After all, they are far from being the only descendants of Avraham’s family. Though one can find unique merits to Lot and Esav (and many commentators do just that), Abarbanel is right that such discussions tend to be removed from the peshat (straightforward) meaning of the text.

Hence Chizkuni, Bekhor Shor and Daat Zekenim give a different explanation and all say that these were the only three nations that Israel might have justified attacking. Chizkuni spells this out must clearly by stating that, without some compelling reason, why would the Jews attack other nations? At first glance, this seems strange. Is there not a halachic category of optional war? Yet this approach is reinforced by the Talmud (Bava Kamma 38b) that asks about the prohibition to attack Moav, “And why would it come to Moshe’s mind to make war without [Divine] permission?” Though one might say otherwise, the implication is that only wars directly commanded by God (or in self-defense) would have been acceptable for Moshe.

As for our question about optional war, maybe it was something that would only become legitimate once a king would arise in Israel. And since the entire desirability of a king is a point of contention, one could suggest that in the ideal, Jews would be forbidden from conquering any territory which God did not apportion to them. Indeed, this could be the intention of Rabbi S. R Hirsch, when he writes that the Israelites’ “acts of war… [were] to be limited to taking possession of the one land which God has designed for them.” (As I point out in my book on Bemidbar, even after defeating other nations on the east bank of the Jordan in self-defense, the default was actually not to take over their lands. The incorporation of those areas into the Jewish commonwealth was only the result of Gad and Reuven’s improper priorities and resultant request.)

This should really not come as such a surprise. The corollary of the Land of Israel being the ideal homeland of the Jews is that it is the only one. It is ideal, and nowhere else; not under someone else’s rulership, and not even under our own. And this was the wisdom of rejecting all sorts of other places like Uganda in which to build a Jewish state.

The verses, however, push this point further. It is not only that Jews have no business being in Edom or Moav that prevents them from conquering them. Were that the case, that should have been given as the reason. Instead, we read that God gave them to the founders of these nations. (And remember that according to this approach, what God says about these three nations would be true of all other nations as well.) The implication is that in the same way that God fit the land of Israel for its natural inhabitants, so too did He do for the other nations as well. And so, in the same way that Israel only belongs on its land, so too do all others.

Like many teachings in the Torah, this has broader implications. It is true that national migrations from one part of the other world to another can also be seen as part of God’s plan. Nonetheless, the default should always be to help each nation live in its own land. And so in the same way that we expect other nations to see the natural and historical connection between Israel and its land, so too should we see that of other nations as well.

It seems to me to follow that as the Jewish nation and the Jewish state become more powerful, we have a greater responsibility in this regard. Part of that responsibility is the need to contribute more resources to developing nations experiencing mass emigration due to difficult economic circumstances. Not only would it be an important fulfillment of tzedekah and a Kiddush HaShem, it would also show the extent to which we take seriously the ties between our own nation and the Land of Israel. But perhaps even more important, it would reflect our Torah’s deeper understanding of the ties between people and land more generally. 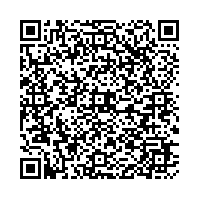