In the end, perhaps only a president so completely divorced from diplomatic reality and utterly indifferent to international opinion could do it. Despite the difficulties and the manifest dangers involved with keeping America’s promise—enshrined in U.S. law passed by Congress—to move the U.S. Embassy in Israel from Tel Aviv to Jerusalem, President Donald Trump may actually do it sometime in the next week.

The Wall Street Journal reported that the State Department had informed U.S. embassies around the world about a plan to make the move and to begin planning for how to deal with the protests that would inevitably follow.

For U.S. diplomats living abroad—especially those in the Middle East or working in any Muslim-majority country—this is no joke. If Trump makes good on the pledge, the response from the Arab street will likely be nasty and might rival or even exceed the destruction, violence and even murder that resulted when a Danish newspaper published a few satirical cartoons about the Prophet Mohammed. Egged on by Iran and other radical Islamists, protests will be massive and will carry a hefty price tag.

This is why most observers, including those sympathetic to Israel, have been skeptical about talk of an embassy move. Few thought even a president as unconventional as Trump would do something that virtually everyone in the foreign policy establishment as well as moderate Arab nations thinks would not only create a crisis, but also preclude any progress toward a two-state solution or peace.

Why then is Trump contemplating something the smart people are convinced is foolish? The answer from his critics—whose numbers increase every time he lets loose with an ill-considered tweet or statement—is that he is an ignorant fool. Yet, as with those obnoxious tweets, which distract his foes from policy issues and amuse his fans, there may be a method to the madness. It’s entirely possible that Trump is either being guided to or is stumbling along a path that could be saner than the supposedly safer course steered by his predecessors on Jerusalem.

According to The Wall Street Journal, what Trump might do is to recognize Jerusalem as Israel’s capital and announce plans for the embassy move, but make it clear that won’t happen for several years. In the interim, the U.S. ambassador could work in Jerusalem and peace talks could resume.

This would merely recognize reality. Jerusalem has been Israel’s capital since 1949. The map put forward by the 1947 U.N. Partition Plan resolution that set aside the holy city as an international zone, apart from proposed Jewish and Arab states, has been a dead letter for 70 years. Moreover, even if a two-state solution were possible, calling the city Israel’s capital wouldn’t preclude a compromise that might cede its Arab neighborhoods to be the capital of a Palestinian state.

But what Trump’s potential move would do is put the Palestinians on notice that their decades of denial of the legitimacy of a Jewish state and its historic ties to Jerusalem will no longer be tolerated. It would be a symbolic gesture aimed at reminding them that their century-long war on Zionism that is still inextricably tied to Palestinian national identity must end. The conflict will only really cease when the Palestinians get the message from an international community that has enabled their rejectionism that it is no longer willing to keep playing the same game. If they really want an independent state and peace—something the propaganda still emanating from both Palestinian Authority leader Mahmoud Abbas’s Fatah and his Hamas rivals continues to make impossible—they will have to do it with an Israel whose capital happens to be in Jerusalem.

If this is Trump’s gambit, it may well come back to bite him if Muslim riots exact a high cost. It will be easy for some to lump this decision in with his often-irresponsible statements that have undermined the credibility of his administration.

In the end, Trump may be persuaded by the “adults” in his administration to not do it. But peace will never come except by jolting the Palestinians into accepting reality. That’s something more judicious presidents have failed to do. It may be that only a president who doesn’t care about flouting the normal rules of conduct and policy would even contemplate something so radical, yet so important. In this case, a potential switch of U.S. policy on Jerusalem might constitute one of the best arguments that can be made for Trump not being as bad a president as his Twitter account might lead us to believe. 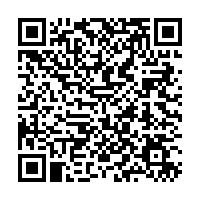