The wail of the Red Alert air raid siren sent Israeli families in the Gaza Belt region racing into their bomb shelters and safe spaces, with parents snatching their sleeping young children from their beds and hurrying with them to safety.


The Eshkol Regional Council district was targeted three times in the space of an hour, with the incoming rocket alert siren activated all three times, beginning at around three o’clock in the morning.

At least two of the rockets was identified as having been launched from a site in Egypt’s Sinai Peninsula.

It is not yet clear where the projectiles landed. One report indicated Israel’s Iron Dome anti-missile defense system intercepted at least one of the rockets. No one was physically injured and no property damage was reported.

The Israel Defense Force declared the area surrounding Gaza to be a “closed military zone” as an extended, unspecified military operation began there Sunday.

Israeli farmers in the region have been prohibited from working their fields in certain areas along the border with Gaza, but Israeli residents are not being restricted in any way.

This past Thursday, the Gaza-based Palestinian Islamic Jihad terrorist organization, backed by Iran, fired a dozen mortar shells at Israeli military personnel northeast of Gaza. Although none of the soldiers were physically harmed, the attack damaged military equipment.

But the skirmish succeeded in causing the IDF to temporarily halt its work on the underground barrier that is currently under construction to surround Gaza as a way to end the penetration of terror attack tunnels into Israel, according to IDF sources.

The PIJ mortar attack came in response to the destruction of a terrorist tunnel by Israel one month earlier that military officials discovered had already reached under the border and into Israeli territory. The demolition of the tunnel resulted in the deaths of at least 14 terrorists, including two PIJ top commanders and with five of the bodies left in Israeli hands — leading the group to vow revenge. PIJ has said it intends to continue its attacks to “avenge” its members. 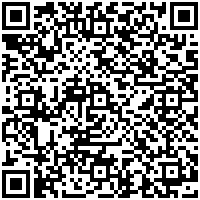