While the Jewish community in some quarters has lately been divided on Israel issues, some 5,000 evangelical Christians will gather in Washington, DC July 17-18 as a granite-like block of support to defend the Jewish State. They will be attending the Christians United for Israel (CUFI) policy conference held each year. Boasting more than 3 million members, CUFI is America’s largest pro-Israel group. A host of political luminaries, led by Vice President Mike Pence and Rep. Trent Franks (R-AZ), will appear at this year’s conference, sited in the Washington Convention Center. Israeli Prime Minister Bibi Netanyahu will appear via live satellite feed.

The domestic political importance of CUFI’s zealous members is not lost on anyone in Washington. In response to a question, CUFI founding Executive Director David Brog stated, “CUFI represents a base of voters that helped deliver the White House and both houses of Congress to Republicans. Now our members are coming to town to remind these leaders that Israel is and always has been a top priority for them. We’re expecting a warmer welcome — and greater impact — than ever before.”

Rep. Franks is a pivotal factor in supporting Israel’s defense systems, especially its tri-level missile shields. He sits on two key subcommittees of the House Armed Services Committee, vice-chairing the Strategic Forces Subcommittee, and as a majority member of the Subcommittee on Emerging Threats and Capabilities. Franks also leads the Missile Defense Caucus. The Arizona representative is at the pinnacle of support for the Jewish State and its military and defense superiority. Likewise, Rep. Lamborn joins Franks on two of those key subcommittees, Strategic Forces as well as Emerging Threats and Capabilities. On the Senate side, Sen. Ernst chairs the analogous Emerging Threats Subcommittee under the Armed Forces Committee.

In response to a question about his CUFI appearance, Franks asserted, “Israel is on the front lines in a battle to protect all humanity from an evil ideology that has no respect for innocent life anywhere on earth. Adherents of this ideology hate Israel’s existence – more than that, they hate Western Civilization. Israel deserves our support and respect. As co-chair of the Congressional Israel Allies Caucus, I am happy to stand with Israel at the upcoming Christians United For Israel Summit.”

Malcolm Hoenlein, a fiery favorite at prior CUFI conferences, will appear again this year. As CEO, of the Conference of Presidents of Major American Jewish Organizations—an assemblage of some 52 leading communal groups, Hoenlein is the gateway to much of Jewish leadership. He is known for his passionate presentations at CUFI. Israeli Ambassador Ron Dermer joins the line-up. Best-selling author Erick Stakelbeck, now hosting the CBN series “The Watchman,” will deliver remarks based on his expertise in both terrorism and ancient Israel.

The irony escapes no one in either Israel or the United States that at a time when Israel is fighting an internal battle within parts of the Jewish community, it calls upon evangelical Americans, represented by CUFI, as one of its most reliable and demonstrative blocks of support.

The Jewish Right to Rage 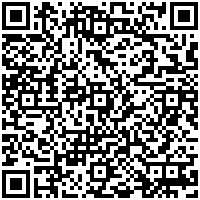