The IDF soldier convicted of shooting and killing an injured Arab terrorist who stabbed another soldier in Hebron has been released from his base to house arrest, until the appeal of his case is ended.

Azaria was convicted of manslaughter this past January in the March 24, 2016 death of the terrorist he shot and killed. The terrorist had, minutes before, attacked and stabbed two Israeli soldiers in Hebron. The attacker was immediately shot by other soldiers in the area and by the time Azaria got there and shot him again, was already incapacitated, but was still moving.


Arab terrorists have often been seen to rise from injuries that appear to be mortal, only to pull a trigger or wield a knife and wound or kill again.

Azaria was demoted to private and sentenced to 18 months in prison. Up to now he has remained on his base while his case is under appeal. But his mandatory military service ends this Thursday, so the military court hearing his case has decided to send him to full house arrest at his family’s home in Ramle. He will remain there except for trips to the synagogue, accompanied by a family member, on Friday night and Shabbat day. Azaria will not be able to leave the home at any other time.

A military appellate court is expected to rule on both his conviction and on his sentence July 30. 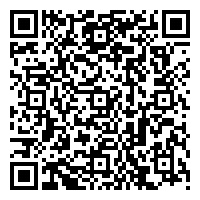