It is used once in seven years. A small, innocuous legal oddity, it looms large in interdenominational diatribes and is often cited as the “proof of proofs” that the disingenuous Orthodox are being less than honest about the available flexibility in the normative halachic process.


More than 2,100 years ago Hillel and his court instituted this device to deal with a modern societal problem, ostensibly caused by an outdated Torah written for a simpler time. Here is what the Torah says in Deuteronomy 15:1-4:

At the end of seven years you shall institute a remission [shemittah]. This is the matter of the remission: Every creditor shall remit his authority over what he has lent his fellow; he shall not pressure his fellow or his brother, for He has proclaimed a remission for God. From the foreigner you may exact; but what is yours with your brother, you shall remit your authority. Nevertheless there shall be no needy among you; rather, the Lord will surely bless you in the land the Lord, your God, will give you for an inheritance to possess.

This mitzvah, hailed by many as an example of the Torah’s progressive thinking, is perhaps the first known example of mandated debt relief. As per the Torah, if a person has fallen into debt and owes money to a creditor, the creditor should – once in seven years – forgive that person’s debt. This allows the debtor to escape from his crushing burden and get a fresh start. It is a beautiful mitzvah, one for which God promises, “If you listen to the voice of God to be careful to do this mitzvah … you will lend to many nations, but you will not borrow; and you will rule over many nations, but they will not rule over you” (Deut. 15:5-6).

So in the idyllic society the Torah wishes to create debtors and creditors will get along just fine, with the debtor able to obtain the occasional release. But, you may ask, if the creditor must release debts every seven years, might this be a problem for lenders? What will happen if they become reluctant to lend, given that they may not be able to get their money back after shemittah?

The Torah answers, as only God Himself can. “Beware lest there be in your heart an unfaithful thought, saying, ‘The seventh year, the year of remission, approaches,’ and you will begrudge your needy brother and not give him – and he will cry out to Hashem against you, and it will be a sin upon you. You shall surely give him, and your heart shall not be grieved when you give him, for because of this God will bless you in all your work and in all your endeavors” (Deut. 15:9-10).

Hence, no problem – lend freely, and God will make sure you are amply repaid in His own way.

Unfortunately, humans are seldom willing to live in the perfect society God intends for them. By Hillel’s time a real problem had developed. More sophisticated credit markets had developed, larger sums were being lent, life under the Romans was harsh, and larger loans for longer periods of time were needed more than ever. Potential lenders understandably became increasingly wary of extending credit, particularly as the Sabbatical year approached, afraid of being required to forfeit their capital. The ones suffering most from this were those who needed to borrow funds, particularly for business reasons. Desperately needing cash flow for seed money or purchase of inventory, it became increasingly difficult for them to borrow.

According to the non-Orthodox narrative Hillel saw the problem plaguing society and in the spirit of tikkun olam, found a halachic loophole to get around the explicit law cited above – and invented a prozbul.

Bypassing all the details, the prozbul is a method by which a creditor gives over his accounts payable to a bet din that is not subject to the usual laws of shemittah. The court can then collect the loan and funnel the money back to the creditor, thus circumventing the remission law. Ergo, Hillel proved that “if there is a halachic will, there is a halachic way.” The argument thus goes that if present-day rabbis would only admit the times require circumvention of inconvenient Torah laws, they could create legal fictions necessary to solve the problems inherent in “outdated” laws. 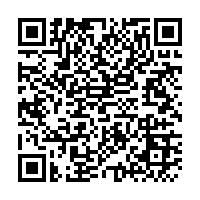