To stop Islamist violence over perceived insults to Muhammad, I argued in a FoxNews.com article on Friday [also republished on the JewishPress.com], editors and producers daily should display cartoons of Muhammad “until the Islamists get used to the fact that we turn sacred cows into hamburger.”

This appeal prompted a solemn reply from Sheila Musaji of The American Muslim website, who deemed it “irresponsible and beyond the pale.” Why so? Because, as she puts it, “The solution to escalating violence and hate speech is not more hate speech.”

Hate speech, legal authorities agree, involves words directed against a category of persons. Here’s a typical definition, from USLegal.com: “incitement to hatred primarily against a group of persons defined in terms of race, ethnicity, national origin, gender, religion, sexual orientation, and the like.”That sounds sensible enough. But does mocking Muhammad, burning a Koran, or calling Islam a cult constitute hate speech? And what about the respectful representations of Muhammad in the buildings of the U.S. Supreme Court or the New York State Supreme Court? Even they caused upset and rioting.

Attacking the sanctities of a religion, I submit, is quite unlike targeting the faithful of that religion. The former is protected speech, part of the give and take of the market place of ideas, not all of which are pretty. Freedom of speech means the freedom to insult and be obnoxious. So long as it does not include incitement or information that urges criminal action, nastiness is an essential part of our heritage.

On a personal note, I have had to learn to live with torrents of vulgar venom, in speech and in pictures alike, from those who disagree with me; you don’t hear me whining about it. More broadly, Catholics, Jews, Mormons, and other faith communities in the West have learned since the Enlightenment to endure vicious lacerations on their symbols and doctrines.

For an over-the-top recent example, The Onion humor website published a cartoon under the heading, “No One Murdered Because of This Image.” It shows Moses, Jesus, Ganesha, and Buddha in the clouds, engaged in what the caption delicately understates as “a lascivious sex act of considerable depravity.” As the Onion mock-reportingly but accurately goes on, “Though some members of the Jewish, Christian, Hindu, and Buddhist faiths were reportedly offended by the image, sources confirmed that upon seeing it, they simply shook their heads, rolled their eyes, and continued on with their day.”

I asked for the cartoons to be published again and again to establish that Islamists must not chip away at the freedom to mock and insult by hiding behind bogus claims of incitement. Name an instance, Ms Musaji, when biting remarks about Muhammad, the Koran, or Islam have led to riots and murders by non-Muslims against Muslims?

I cannot think of a single one.

When attacks on Muslims take place, they occur in response to terrorism by Muslims; that’s no excuse, to be sure, but it does indicate that violence against Muslims has no connection with lampooning Muhammad or desecrating Korans. Muslims need to grow thick skins like everyone else; this is one of the by-products of globalization. The insulation of old is gone for good.

To make matters worse, Islamists tell us Be Careful with Muhammad! and threaten those with the temerity to discuss, draw, or even pretend to draw the prophet of Islam, even as they freely disparage and insult other religions. I can cite many examples of actors, satirists, artists, cartoonists, writers, editors, publishers, ombudsmen, and others openly admitting their intimidation about discussing Islamic topics, a problem even Ms. Musaji herself has acknowledged.

To cool the temperature, Muslims can take two steps: end terrorism and stop the rioting over cartoons and novels. That will cause the antagonism toward Islam built up over the past decade to subside. At that point, I will happily retract my appeal to editors and producers to flaunt offensive cartoons of Muhammad. 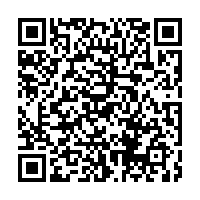