*Israel’s A1 government bond rating and stable outlook are underpinned by the country’s high economic, institutional and government financial strength. [However], the rating is constrained by significant social and political challenges, which lead to moderate susceptibility to event risk….

*Israel’s high economic strength is supported by its relatively high GDP per capita (US$31,200 in 2011) and its economic resilience, which has been illustrated in recent years during frequent economic and political shocks. However, this resilience is being challenged once again by the ongoing euro zone debt crisis and the concurrent slowdown in the global economy.

*Moody’s points out that the Israeli economy’s pace of recovery following the global recession in 2009 has slowed as the contribution of net exports became a drag on the economy last year for the first time since 2007, a trend continued into the first quarter of this year. Capital inflows have diminished and the current account surplus has disappeared in 2012, the latter partly a result of the need to replace Egyptian gas imports following that country’s revolution. As a consequence, the real GDP growth rate dropped to 3% in H1 2012 from an average of 4.8% during 2010-11. Nonetheless, the country’s specialized export sector is well-positioned to rebound quickly should the global environment normalize….

*Moody’s assesses Israel’s government financial strength as being high thanks to the improving debt trajectory, the favorable debt composition and the comfortable debt service schedule…. Additional spending has been allocated to address the acute problems in the housing sector, related primarily to affordability. Other social spending hikes in response to last year’s widespread popular demonstrations and secular increases, mainly associated with demographic trends, will require strict prioritization to conform to the fiscal rule that sets a ceiling on the growth of government spending.

*Moody’s judges Israel’s susceptibility to event risk as moderate based on the political risks facing the country, both domestic and external. The Arab Spring revolutions have ironically created problems for Israel, for whom the 1979 peace treaty with Egypt has been critical to its security framework. The violent uprising in Syria and concerns about Iran’s nuclear program, have led the government to maintain a high level of defense spending, representing about 15% of total government expenditure. However, the negative impact of the cutoff of Egyptian gas supplies on the Israeli balance of payments will be more than offset as Israel’s own gas production increases substantially between 2013 and 2016.

On the other hand, here’s Moody’s August 30, 2012 assessment of the economic performance of the G-20 countries:

*We expect the G-20 advanced economies to grow by around 1.4% in 2012 and 2.0% in 2013, comparable to the 1.3% growth in 2011 and significantly lower than the 3.0% growth in 2010. We expect the prolonged financial market volatility stemming from the sovereign debt crisis in the euro area to continue to depress consumer and business confidence, and the high level of uncertainty to continue to weigh on investment and hiring decisions. Along with ongoing deleveraging efforts in the public and private sectors, persistently high unemployment levels, and real-estate market weakness in a number of countries, these developments will continue to constrain growth in advanced economies.…

*The risk of a deeper than currently expected euro area recession remains significant. The risk of further financial market turbulence in the euro area also remains elevated, given the need for fiscal consolidation measures in an environment of weak economic growth, which raises implementation risks. Furthermore, political and financial uncertainty in Greece and potential funding stress in Spain and Italy have increased the risk of severe economic and financial dislocations in the euro area…. 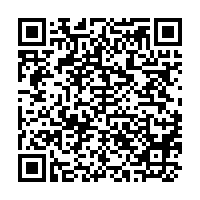