It is no secret that Muslims have for centuries found ways to follow an anti-Jewish ideology embedded within holy books. In the Qur’an, for instance, one verse says:

Say (O Muhammad SAW to the people of the Scripture): “Shall I inform you of something worse than that, regarding the recompense from Allah: those (Jews) who incurred the Curse of Allah and His Wrath, those of whom (some) He transformed into monkeys and swines, those who worshipped Taghut (false deities); such are worse in rank (on the Day of Resurrection in the Hell­fire), and far more astray from the Right Path (in the life of this world).” — (Qur’an 5:60; Mohsin Khan translation]

“That on Judgment Day, the Muslims will fight the Jews, and the Jews will hide behind rocks and trees. Then the rocks and the trees will speak, calling upon the Muslims: ‘Oh Muslim, oh servant of Allah, there is a Jew behind me, come and kill them.'”

Islamic antisemitism is not just a matter of history; it still continues in surprisingly large proportions across the Muslim world as well as the United States and Europe.

A 2014 survey of antisemitism by the US Anti-Defamation League (ADL) covered 100 countries. It found that all the nations in the top 10 most antisemitic locations were in the Middle East or North Africa region, with an overall figure of 73%. The West Bank and Gaza came at the top, with 93% of Palestinians expressing antisemitic views.

A smaller survey of 19 countries published the following year found that Muslim populations in general had the highest levels of antisemitism in Europe:

For the first time, the ADL poll measured Muslim attitudes in Belgium, France, Germany, Italy, Spain, and the U.K. An average of 55 percent of Western European Muslims harbored anti-Semitic attitudes. Acceptance of anti-Semitic stereotypes by Muslims in these countries was substantially higher than among the national population in each country, though lower than corresponding figures of 75 percent in 2014 for Muslims in the Middle East and North Africa (MENA).

It is important, however, to note that, in recent years, many Muslims have openly and firmly come out to oppose all forms of Jewish hatred and anti-Zionism. They are a minority within the world’s Muslim population of over 1.8 billion, and they are reformists, but many have growing intellectual, cultural and political influence in some countries. In the West, they are the best integrated, and therefore and should be given the greatest support from social agencies and governments. Let us have a look:

On April 24, 2014, thirty French imams signed an open letter in Le Monde, in which they denounced antisemitism and terrorism. In the letter, they recognized that “some imams” had for two decades diffused talks and practices subversive of Islam which corrupt (gangrènent) society. They expressed “compassion for all our fellow citizens who have been directly or indirectly affected by terrorism and by the anti-Semitic crimes that have blindly struck our country.”

The letter, noted the Times of Israel:

… was in response to a manifesto published on Sunday in Le Parisien, the largest circulation newspaper in France, signed by 300 politicians, intellectuals, and artists denouncing the “new anti-Semitism in France” driven by radical Islamists in the country.

In a 2019 interview with Anne-Bénédicte Hoffner for La Croix, Antoine Menusier, the author of a history of the Arabs in France, referred to the imams’ letter and added “Today, it would be illusionary to think that the question of antisemitism in France is firmly settled among the Muslims. But to lay the entire burden [la totalité du fardeau] on their backs would be rather too easy”.

It would be wrong, of course to treat all Muslims as antisemitic, a matter illustrated in Günther Jikeli’s nuanced 2015 study of Muslim European antisemitism, European Muslim Antisemitism. He points out that extremist hatred for Jews does not reflect such a view:

… those radicalized extremists are (dangerous exceptions) and the large majority of European Muslims condemns attacks against Jews. In recent years, a number of representatives of Muslim communities have publicly condemned violence and hatred against Jews, and a few Muslim individuals have also spoken out explicitly and self-critically against widespread antisemitism within Muslim communities. (p. 3) (See also pp. 205-206.)

Chapter eleven of Jikeli’s study is entitled “Positive Examples: Rejecting Antisemitism”. In it, he provides details of a number of the interviewees from Berlin, Paris, and London who stood out from the majority in that they were disinclined to hate Jews. The bulk of the chapter is devoted to detailed accounts of the personalities and background of five young Muslims who are free from antisemitic attitudes. They may be a minority, but they also provide hope for the future.

On February 19, 2019, thousands, including French President Emmanuel Macron and other politicians, gathered in Paris to protest the sharp rise of antisemitism in France. Among the crowds was a group of male and female Muslims who carried a banner reading “Musulmans Contre l’Antisémitisme” (Muslims Against Antisemitism), with a proper Arabic translation underneath. The presence of several women without Islamic dress indicates that many may have been reform-minded.

Similarly, in a gesture like that of the 30 French imams, at the start of Ramadan on May 18, 2018, a group of prominent British Muslims placed an open letter as a full-page advertisement in the Daily Telegraph to urge other Muslims to come out against antisemitism. The group included senior police officers, human rights activists, and interfaith leaders, and in the advert, they warned their co-religionists that British Muslim prosperity “cannot be ensured while Jewish communities feel under threat”.

They also wrote: “To our Jewish sisters and brothers, we say the struggle against one of history’s oldest and most virulent hatreds is not your fight alone but ours collectively.” They acknowledged that race-hate was found in all faiths and cultures, including Islam, and said: “We must be ever vigilant against those who cynically use international issues to vilify Jews or promote antisemitic tropes.”

The initiative was backed by a new group calling itself simply “Muslims Against Antisemitism.” Their aims are set out well on their website:

Muslims Against Anti-Semitism is a collective group of British Muslims who believe that antisemitism within Muslim communities has gone on for far too long.

We acknowledge that the vast majority of Muslims do not promote or condone anti-Semitism and we know how much social capital these sets of communities lever into our country for the common good. Through their charity giving and deep sense of morality, Muslim communities are an asset to our country.

However, we also admit and have to be honest that there is a substantial set of people within Muslim communities who circulate anti-Semitic tropes and who use the Palestinians and their quest for statehood, as a means of targeting Jewish communities. This is not acceptable, nor is it acceptable to target Jewish men and women or intimidate them online. Nor is it acceptable to promote anti-Semitism by repeatedly using the term ‘Zionism’ when targeted at Jews or those who work with, assist or stand with Jewish communities.

We therefore are making a stand, driven by a strong sense of social justice that comes from our Islamic faith, to counter anti-Semitism within Muslim communities through educational programmes in schools and community centres, by challenging Islamist extremism which fuels anti-Semitism and through directed online campaigns that reaches out to wider audiences.

These are worthy aims, and it must be hoped that Jewish communities engage with educational and other projects and that such efforts may cement inter-community relations.

“Anti-Semitism, Islamophobia, and xenophobia are huge problems in Malmö, I can’t accept that Jews are leaving my hometown [because of anti-Semitism]. I told the [US] president [who was in Sweden on an official visit] that I would never give up the fight for equal rights for all people.”

According to the Christian Science Monitor:

For his work, Derakhti earlier this year [2013] was presented with the Swedish government’s Raoul Wallenberg Award – named after the late Swedish diplomat who is credited with saving thousands of Hungarian Jews in 1944 from Nazi death camps. The selection committee said Derakhti set a “positive example” in Malmö and throughout Sweden. “He is a role model for others,” the Wallenberg Award committee wrote, “showing through his actions and determination that one person can make a difference.”

Sometimes one encounters the mixing of a seemingly genuine opposition to antisemitism on one hand and bitter hatred for Israel, the state that the Jews really did establish to be their only state to offer them a guarantee of protection following centuries of persecution, on the other. All the more reason to praise and work alongside the growing number of sincere Muslim reformers who are willing to stand in public with Jews in an effort to wean their fellow Muslims from their ancient and modern hatred.

These reformers include, among others, Rabina Khan (a Muslim Liberal Democrat councillor); Elizabeth Arif-Fear, founder of Voice of Salam; Maajid Nawaz, co-founder of the counter-extremist Quilliam Foundation; Haras Rafiq, the CEO of Quilliam; Muhammad Al-Hussaini, who was a lecturer at Leo Baeck Rabbinical College, London (and an award-winning singer of Irish traditional music), who has written about the Jewish right to the Holy Land, in the U.K.; M. Zuhdi Jasser, author of the book, Battle for the Soul of Islam: An American Muslim Patriot’s Fight to Save His Faith and founder and president of the American Islamic Forum for Democracy, and Asra Nomani, author of the book Standing Alone: An American Woman’s Struggle for the Soul of Islam.

In Canada, there is, among others, Raheel Raza, founder and president of The Council for Muslims Facing Tomorrow ; Dr. Salim Mansur, Associate author and Professor at the Department of Political Science, Western University, and Tarek Fatah , author, and founder of the Muslim Canadian Congress.

In addition, there are numerous pious Muslim reformers who openly support Israel as a Jewish state: Imam Mohamad Tawhidi, President of the Islamic Association of South Australia, who declares that Palestine is Jewish land; Sheikh Prof. Abdul Hadi Palazzi, Director of Italy’s Islamic Cultural Institute; Dr. Tawfik Hamid, a physician and Egyptian former militant; Irshad Manji, founder of the award-winning Moral Courage Project at the University of Southern California and a New York Times bestselling author, and Abdurrahman Wahid, Indonesia’s president from 1999 until 2001, who was viewed as “a friend of Israel in the Islamic world”, a position he held despite fierce criticism.

In the Middle East, the invaluable website MEMRI (Middle East Media Research Institute) has published several partial lists of Muslim reformers. There are many more.

According to opinion polls, different percentages of people in Muslim countries and Muslims living in the West show signs of radical views. With some exceptions, however, they never reach a majority.

It also seems as if holding traditionalist religious opinions does not often result in taking militant action or joining terrorist organizations. Like other people, most Muslims, it seems, just want to be allowed to get on with their everyday lives, earning a living, raising a family, and avoiding scandal. In countries such as Iran, large numbers fret under strict Islamic rule.

Hard work remains to be done to diminish and eventually set aside acting on the religiously-inspired violence advanced by the texts. The numbers of Muslim reformers such as those we have mentioned here offer hope that a more peaceful and respectful way of living with people who hold beliefs different from oneself will wash up on Muslim shores. These reform-minded groups and individuals deserve our full support. 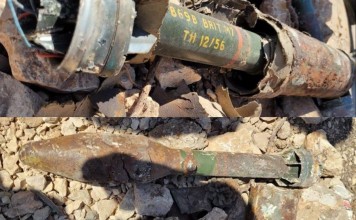