I just read a profound essay on the relations between Christians and Jews in America, Why Don’t Jews Like the Christians Who Like Them? by James Q. Wilson. It’s deep, thoughtful, intriguing and asks a very legitimate, even existential question.

Wilson, who passed away in 2012, was a favorite of American conservatives, especially since he is considered the father of the “broken windows theory.” On the unusual relationship between evangelicals and Jews he wrote:

Evangelical Christians have a high opinion not just of the Jewish state but of Jews as people. That Jewish voters are overwhelmingly liberal doesn’t seem to bother evangelicals, despite their own conservative politics. Yet Jews don’t return the favor: in one Pew survey, 42 percent of Jewish respondents expressed hostility to evangelicals and fundamentalists. As two scholars from Baruch College have shown, a much smaller fraction—about 16 percent—of the American public has similarly antagonistic feelings toward Christian fundamentalists.


While conceding that “it is quite possible that Orthodox Jews welcome evangelical support while Reform and secular ones oppose it,” Wilson nevertheless tries to explain this phenomenon from conservative eyes:

Though evangelical Protestants are supportive of Israel and tolerant of Jews, in the eyes of their liberal critics they are hostile to the essential elements of a democratic regime. They believe that the United States was founded as a Christian nation and worry about the decay of morality; they must wish, therefore, to impose a conservative moral code, alter the direction of the country so that it conforms to God’s will, require public schools to teach Christian beliefs, and crush the rights of minorities.

As an observant Jew, I endorse all the facts in Wilson’s article, and offer an honest, heartfelt response. Accounting only for my own feelings, but certain they are common to many Jews like myself, I must tell Evangelicals: You annoy the goal post hockey stick hockey stick out of us.

I have no problem with your discovering Jesus and embracing Jesus and putting your faith in Jesus – I actually support that. In fact, there’s a story about the Rabbi Israel Baal Shem Tov, founder of Chassidism, who wouldn’t ride with a wagon driver who didn’t wear a cross on his chest. He preferred to roam through the deserted tundra with a man who at least feared something—never mind the theological nuances.

But why can’t you keep it to yourselves? Why must you insist that I, too, reject my grandfather’s Torah, stop praying the way my family has done since the minus fifteen hundreds, and accept your Jesus, and in my heart, no less?

The majority of you don’t speak Hebrew well enough to even understand my Bible, never mind assert foolish things about prophecies predicting Jesus. And those of you who do have a half decent command of Biblical Hebrew either lack the scholarship to understand why those “proofs” are idiotic, or are outright swindlers, looking to mislead innocent, ignorant Jews.

I don’t belittle your obvious love to me, which is a sweet thing to have in a world that mostly wants to see me dead. But I also can’t help the nagging sensation that this is not so much love as protecting your bet in the historic horserace inside your head, in which Jesus comes back, the Jews realize the errors of their ways and the world is saved.

In other words, while I and my fellow faithful Jews like the fact that the next pogrom will not come from an Evangelical torch and pitchfork crowd, we still don’t trust you. You can’t say you love me for who I am, because who I am includes a thorough rejection of the essence of your ideology, all of it, completely, I hold that there’s no truth to it whatsoever. 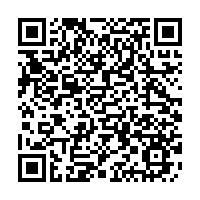