I remember reading his book, Dearer Than Life, during my first year of medical school and reconsidering what true Avodas Hashem meant right from the start of my career as a physician.  As Rav Twerski described it, “anytime one does an act of chessed, one is uniting himself with G-d and that constitutes mesiras nefesh.”  As the year progressed, I often struggled to find a way to remain strong in both my Yiddishkeit and my secular studies.  I found tremendous inspiration in the seforim of Rav Twerski who bridged the gap between Torah and medicine, bringing the wisdom of Chazal to the medical community and mainstreaming the life-saving science of psychiatry into the Torah-Observant world.

I remember meeting Rav Twerski for the first time during my psychiatry residency; I was ecstatic to meet such a Gadol BeYisroel face-to-face and I could barely control my excitement.


As he humbly introduced himself, I blurted out, “I’m so excited to be a frum psychiatrist just like you!”

The Rav smiled back in his infinite grace and patted me on the shoulder, “We’re excited to have you too.”  It was something I will never forget; something I always tell young mental health professionals when I lecture throughout the community and meet equally-eager recruits to our heilige profession.

It was quite a few years later when we met again at his home in Yerushalayim.  The Rav’s octogenarian body was confined to a wheelchair but his neshamah remained light as could be.

We had met to discuss a number of public health projects I was hoping to bring to the frum veldt.  The Rav was as sharp as ever and grinned as he told me how he’d received an email from an Arab man who was living in Germany, “He tells me he loves the story I tell about how a lobster only knows to grow a new shell when it feels the stress of its old one getting too tight; the nimshal is we can only truly develop when we are under pressure.  If I can reach a German Muslim, then you can definitely reach a fellow Jew!”

Another time we met and spoke about a specific talk I was planning to give in a city that had tragically experienced the loss of several bochurim to suicide.  I needed aytza from the Rav to fine-tune my message and to ensure that it would be well-received.  The Rav was clear that the most important thing to get across were the honest facts, “When I spoke up about domestic violence in our community, I received death threats and they needed to organize security guards for me.  That meant that I was really on to something!  Don’t be afraid to tell the truth!”

Within mere hours of his passing, I received messages from patients, colleagues, and friends sharing their own stories.  One man thought to tell me how the Rav had given him a special mazal tov on the occasion of his first year of sobriety.  Another told me how the Rav had called him to give hizuk after he relapsed and was headed off to a detox facility.  Both are sober decades later and while Rav Twerski would connect it with their dedication to Alcoholics Anonymous, the two patients attributed their success to the Rav’s bracha.

Rav Twerski clearly never slept more than a minute between his prolific writing, his daily seder, and his devotion to Klal Yisroel.  And while the purpose of these words is not to speak about his clinical prowess as a brilliant psychiatrist, it would be absurd to omit the fact that he was a giant in the field of addiction medicine.  When a psychiatrist colleague told me, “It’s up to us to fill his shoes,” my answer was simply to shake my head.  It was like telling someone to write a peyrush on Chumash after Rashi was niftar.

The last time I spoke with the Rav was to thank him for his positive feedback on a new project that I’d just finished: a kids’ book aimed at explaining mental health for children with family members experiencing psychiatric illness.  The Rav was clear, “If we aren’t making this kind of thing happen, I don’t know who will.”  Rav Twerski was a man who lived his life according to Pirke Avos 2:5—“In a place where there is no one [taking responsibility], strive to be a man.”  His life was fundamentally a life of Achrayis.

Rabbi Twerski ZT”L was a gifted psychiatrist, an ingenious Talmid Hacham, and ultimately a human being supremely dedicated to making Hashem’s world a better place by helping one person at a time to achieve their full potential.  He will now and forever remain my inspiration.

May his Neshamah have an Aliyah and his memory be for a Bracha. 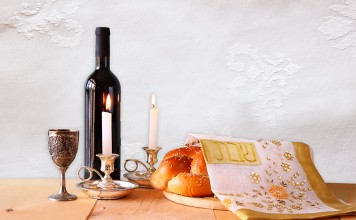 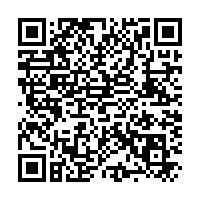