As the lights dimmed on Broadway for 60 seconds last night in memory of Oscar-winning composer Marvin Hamlisch, who died on Monday, I took a moment to reflect on the moment in 1976 when I interviewed Hamlisch – only 31 years old, but already famous – for The Jewish Press. At the time I was an 18-year-old Brooklyn College student unused to celebrity; Hamlisch, just 13 years my senior, had by then tucked away Oscars for his scores for The Sting and The Way We Were, not to mention a Golden Globe and a Tony for composing the songs in the Broadway musical A Chorus Line.

Our interview, though, was less about music than about the Jewishness which was, he said, the cornerstone of his life. To my surprise, he spoke a good deal about his Jewish identity. And other things, too: his religious faith; his feelings about marriage (he was still single at the time); his juggling of a very busy schedule to be home for Passover; and his deep feelings about Jewish music.


“I can empathize with the sadness in Jewish music…the listlessness that is familiar to every European Jew,” he told me. “I’m a little more sentimental than Americans because I’ve grown up on the melancholy of European music.”

While not a shomer Shabbos, Hamlisch had an unflagging belief in G-d. “When I win my awards, my first response is thank G-d…I know that He is responsible for leading me down the path of success.” He added, “There is a higher being who controls the world and I try to express my beliefs by going to shul on Shabbos whenever possible.”

His open religious sensibility was matched by a proud Jewishness. “I have never hid it from anyone,” he said. “In fact, I’ve candidly announced it on nation-wide television. People…never discouraged me from proclaiming my Jewish identity to them.”

Committed to Zionism as well, Hamlisch once raised $120,000 for Israeli bonds in a single evening.

When he described his inspiration to compose, I sensed a connection – if perhaps an indirect one – to the dynamics of ancient Jewish tradition.

“A composer is a mirror of the society,” Hamlisch said, “because he tries to get a feeling of the times and relate [to] it musically….I prefer…to write when I’m with the masses and a part of them,” he said – for instance, on New York buses or subways during rush hours. “This is the only way to compose, for it enables me to relate to what’s in everyone else’s mind.” In response, I suggested that music emanating from a connection “with the masses” dated back to Moshe: after all, the words “az yashir Moshe u’bnai yisroel” imply that Moshe could sing only when he was one with his people. Hamlisch didn’t disagree.

At one point, I asked him what he wanted from a wife. He laughed. “If I were ever to get married under the wildest conditions, with a Towering Inferno,” he said, referring to a film popular at the time, “I would marry a girl in my mother’s image.” His mother, Lilly, had in fact come by during the interview, to – what else? – cook some food for her son. She heard his answer and chuckled.

Later, Hamlisch sat down at the piano and played some original variations on “Hava Nagilah,” which he described as “a little rock, a little Jewish.” It was a playful performance I don’t think he ever repeated publicly; that he tossed off these impromptu variations just for me, a teenaged interviewer, a fellow Jew, is something I’ll never forget.

Hamlisch was a virtuoso performer and a prize-winning composer. But at his death he left behind another gift: a proud Jew, he was a source of pride to all Jews, just as he was the pride of the music, theater and movie worlds for nearly five decades. I’m very glad I met him.

On the Cover of the Jewish Press 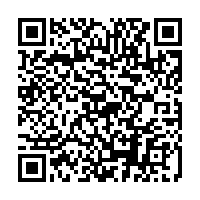