I wrote in part one that the beginning of peace will come when the West clearly tells the Arab world that Israel is the Jewish state that is here to stay and will no longer hand over parts of its homeland to others.

The next step is to dismantle UNRWA and the refugee camps; tell the people living there, the few original refugees, their descendants (the only people in the world who pass on refugee status to their children for all generations to come), and the Arab world in general: the game is over. All other refugees from the upheavals of the 1940’s have long since been resettled in their host countries.

The Arab states must absorb these people who speak the same language, have the same culture and practice the same religion, immediately giving them full equal rights. People should no longer be held hostage to a political plan to destroy Israel or return to homes that haven’t existed decades. “Palestinian” history and nationalism is bogus and without foundation in fact, created to serve as a propaganda tool against the Jewish state.

The Arab countries did not establish another Arab state in Gaza, Judea and Samaria when those areas were under Arab control from 1948 to 1967. The so-called leaders of the alleged Palestinians – the PLO, Hamas etc. – expend more effort at harming Israel rather than building a state, as witnessed in particular by the situation in Gaza, where Israel has been gone for 12 years and yet the leaders there are more bent on destroying Israel than building themselves.

It is also true that the PLO et al. have been in material breach of the agreements they signed with Israel, preferring instead to educate their children to hate Jews, deny Jewish history, and conduct law-fare against Israel in international arenas – all contrary to signed agreements.

What about the Arabs in Judea and Samaria? They too will absorb the fact that Israel is in Judea and Samaria to stay and Jews also have the right to live in their ancient homeland, in the vicinity where their ancestors and recent predecessors lived. If the local Arabs will be law-abiding residents they will stay in their homes, their private lands and possessions will be protected by law – as they are today, too.

In contrast to professional “peace” makers and lovers who take for granted that between tens of thousands to hundreds of thousands of Jews are to be expelled from their homes, as non-Jews habitually did to us throughout history, as the Arabs caused to be done to Jews in the 20th century – Israel will not force any Arab from their home, as long as they peaceably accept Israeli rule. They will be residents with full equality before the law – as long as they live peaceably and do not seek to destroy Israel.

Local government, locally elected, will run the day-to-day lives, dedicated to lawfully living in peace, including educating their children to live peaceful, productive and creative lives. The bread-and-butter issues of everyday life will be mostly run by their own elected officials. Of course the educational system will have to be revamped to free it of hatred and fill it with accommodation and modernization. Israel will be sovereign, in charge of security, overseeing common resources with responsible management for the benefit of all the people, Jews and Arabs.

But what I always wonder: do people prefer a vote or a higher quality of life?

If the peace is kept, the average Arab will have no reason to see an Israeli soldier or fear one. Those who engage in terror or in incitement will do dealt with as an enemy. As the level of violence, incitement, hate and dreams of destroying Israel goes down – the standard of living will go up.

People ask me: what about the vote? They will vote for the people who have the most direct control over their lives, the local authorities. As to citizenship and the vote for the parliament: citizenship is a privilege to be earned. It may take a generation to learn to live in peace. Perhaps the local Arabs can be citizens of Jordan, if they wish.

But what I always wonder: do people prefer a vote or a higher quality of life? People vote in Jordan, Egypt and other Arab countries – for all it’s worth – but is that important to the people themselves? Or is it important just to outside activists who then go home to comfortable suburban life? 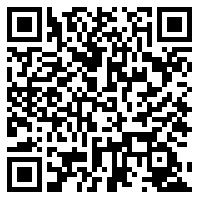