Sa’ar, for his part, wasted no time in leveraging the results in his campaign to undermine the premise that Netanyahu is the Likud’s most important electoral asset.

It seems that the Likud primaries, set for Dec. 26, will take center stage with respect to the first few weeks of the 2020 election campaign. Likud members are not the only ones preoccupied with this story: Other parties are watching closely, and some are already trying to influence the party’s registered members to rally to Sa’ar’s cause of unseating Netanyahu as Likud chairman.

This is especially true of Blue and White, as its leader, Benny Gantz, knows that the road to the Prime Minister’s Office—with or without a rotation agreement—requires a Sa’ar victory.

Oddly enough, Sa’ar does not deny that Gantz has an interest in his victory. If anything the former Likud minister is pushing the message that, unlike Netanyahu, Blue and White would have no problem inviting him to form a government. The only issue here is whether Likud members are willing to entertain the idea of having their political opponents call the shots with respect to the party’s internal affairs.

Sa’ar enjoys extraordinary media support, especially from journalists and media outlets not known as Likud enthusiasts. Likud members are aware of this, but Sa’ar still offers them something that Netanyahu has been struggling to deliver—the opportunity to stay in power.

As far as Netanyahu is concerned the primaries are unnecessary, but still he does not intend to leave anything to chance. If Zehut Party leader Moshe Feiglin secured 30 percent of the votes when he challenged Netanyahu for the Likud leadership back in 2007, Sa’ar will have no trouble doing better.

Numbers have meaning, and some internal polls predict Sa’ar could win 40 percent of Likud members’ votes. That is no trivial matter, and Netanyahu will do everything in his power to prevent his would-be successor from garnering such extensive support.

The Likud primaries are just the first step for Netanyahu. The latest survey, and others commissioned by other media outlets since the 2020 elections were called last week, are much more than a wake-up call for the prime minister—they’re a slap in the face. If he does not wake up and get it together, the right will lose the elections.

Netanyahu needs to reinvent himself, but doing so may not be as simple as it once was. He has been Israel’s leader for a decade and the public knows him through and through. Campaigners, however talented, seeking to take such a familiar “product” and make it look innovative enough to capture the attention of new voters, let alone convince those who vote for other parties to opt for Likud this time, have their work cut out for them.

This will be a very difficult task—but it can be achieved. 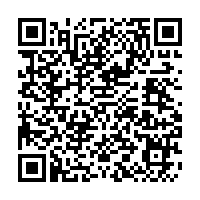