The Movement for Quality Government in Israel (MQG) on Wednesday morning petitioned the High Court of Justice against Justice Minister Amir Ohana’s appointment of Acting State Prosecutor Orly Ben-Ari Ginsberg. MQG argued there is “grave concern that this appointment is driven by extraneous considerations.”

The Democratic Camp (a.k.a. Meretz) is also planning to file a petition regarding the same appointment. Its chairman, MK Nitzan Horowitz, said it was an illegitimate, politically biased appointment. According to Horowitz, “Ohana is a temporary minister in a transitional government seeking to serve his master – a prime minister charged with criminal behavior and seeking to weaken the prosecutor’s office.”


Attorney General Avichai Mandelblit, who rebuked Minister Ohana severely over the Ben-Ari appointment, does not currently intend to take any legal action. Judicial circles in Israel believe the AG is waiting for the High Court to accept the petitions against the appointment and then refuse to represent the state in the hearings.

Ohana has already said he was not expecting the AG to represent his office, adding that he should have no problem finding a qualified attorney who would.

On Tuesday, Mandelblit wrote Ohana that Ben-Ari’s appointment “exceeds to an extreme the range of reasonableness and therefore there exists a legal impediment to its sanction.” He told the justice minister: “Unfortunately, you have decided to choose a candidate who is not among the top echelon of the State Prosecutor’s Office and who does not meet the standards required for this position.”

Mandelblit meanwhile met Ben-Ari and made it clear to her that he had no personal issues with her.

Except that Ohana thoroughly misunderstood the Latin phrase “Quod licet Iovi, non licet bovi,” which literally means “What is permissible for Jupiter is NOT permissible for a bull.”

We take it Latin was not a required course in Rishon L’Zion high schools.

Then the dirt on Ben-Ari started coming out, presumably leaked from her foes inside the Prosecution. Channel 13 on Tuesday cited justice ministry attorneys, who said that in the past Orly Ben-Ari had been heard calling retired Stae Prosecutor Shai Nitzan “Hitler” and “Al-Qaeda.”

According to these attorneys, six years after a murder conviction in a case that was prosecuted by Ben Ari, it became clear to the Prosecutor’s office that critical information which forbidden to publish at the time and would have been helpful to the defendant – was hidden from the defense. The results of an investigation of the matter were handed to State Prosecutor Nitzan as well as to the AG.

Ben-Ari felt hunted and was hostile to the investigation, which did not earn her points with the bosses.

This was the reason, according to Channel 13, that Ben-Ari lost all credibility with Nitzan, who blocked her appointment to chief of a district prosecutor, a job Ben-Ari was vying for, after having blocked two earlier appointments she desired.

According to the leaks from Justice, since Ben-Ari had been rejected, and since the blowup over her failure to inform the defense, she has become disgruntled and bitter – hence her calling her boss “Hitler” and “al-Qaeda.”

Vicious leaks aside, Orly Ben-Ari Ginsberg’s resume is impressive, and as to expectations that she would be a rightwing stooge at the head of the State Prosecution office: she headed the security forum in the office and as such was in charge of prosecuting cases submitted by the Jewish department of the Shin Bet, including administrative detentions of rightwing activists in Judea and Samaria. So a rightwing sympathizer she ain’t. 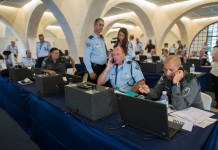 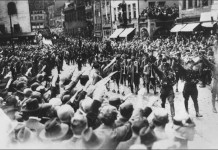 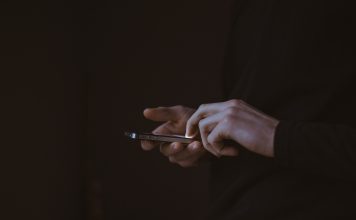 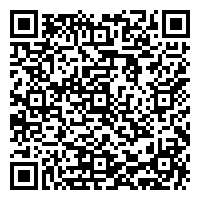