This past Shabbat, all across the Jewish world, the yearly Sabbath Torah reading was begun anew with Bereshit, the beginning of Genesis. With the recent reconciliation agreement signed between Hamas and Fatah looming in the background, Trump’s push to renew “peace” negotiations between Israel and the Palestinians is seemingly on track again.

Traditionally, every Jewish child who learned Torah was taught the text and the commentary of Rashi – Rabbi Shlomo Yitzhaki – the famous 11th century French Biblical and Talmudic commentator. In the beginning, literally, of Genesis, Rashi asks a question, “Why does the Torah start with the story of creation? Since the Torah is a book of laws for the Jewish People, why doesn’t it begin with the first law given by G-d to the Jews, the law for establishing a calendar?” He answers that it starts with the creation narrative to establish that G-d is the Master of the Universe. Then, Rashi says the most amazing thing that still resonates almost a thousand years later. Based on earlier sources and a thorough knowledge of the meaning of Judaism, Rashi says, “So that if the nations come to Israel and say, you are thieves – in Hebrew, she-kevash-tem, you conquered and occupied – the land from the nations living there, you can tell them that all the universe is G-d’s, He created it and gave it to the nations, and when He decided, He took it from them and gave it to us.”

First, Rashi’s explanation of the Torah has in fact come true. The nations today claim, as Rashi explained they would, that we stole the land from others, namely the so-called Palestinians. Second, the Israeli Left has used for years the same Hebrew root/term – kibush, occupation – as to denigrate the miraculous victory of the 1967 Six-Day War. It is the same term, “occupation”, used by most of the world in their criticism of Israeli policies in the “territories”. Even Ariel Sharon used it at one point. It is the language of self-hating Jews – those disconnected from Jewish history and tradition – and the Judeo-paths among the nations. Occupation is when you steal someone else’s land. The Jewish People liberated parts of their Promised Homeland in stages, first in 1948 and then in 1967 with G-d’s help. The Jewish People didn’t “steal” anything. And finally, that the only basis for the Jewish People’s national life in their homeland is G-d’s promise as set down in the Bible; not history, not security, but G-d’s promise to their forefathers.

Rashi told the Jewish People to tell the world, “He took it from them and gave it to us.”

A true Israeli leader needs to stand up, not frightened of anyone or anything, and declare, “The Master of the Universe took it from them and gave it to us.” The Promised Land belongs to the Jews exclusively, and not to any other nation.

Any Israeli prime minister who can’t get on TV or go to the UN General Assembly, or any other meeting with world leaders and say these words, should either quit or commit suicide before rejecting the promises of G-d and participating in a process to help another group take over part of the Land of Israel. As King David said, “If I forget you Jerusalem” – a term for the entire Land of Israel – “let my right hand wither” – rather than sign any false peace agreement – “let my tongue cleave to the roof of my mouth….” (Psalms 137: 5-6) rather than agree to foreigners taking over part of the Jewish People’s homeland.

If someone can blow themselves up to gain a state not their own, if kamikaze pilots can kill themselves in war, if soldiers can risk their lives in suicide missions, then the Israeli prime minister can quit or “step out” rather than lie to the world.

Netanyahu, tell the world the truth, “He took it from them and gave it to us.”

Every Jew, in fact, every Christian and Muslim, knows that the Land of Israel was promised to the Children of Israel, the Jewish People, by G-d, forever. The same G-d they claim to worship. The British pro-Zionists who worked to convince her majesty’s government to issue the Balfour Declaration in 1917, believed in the Divine Promise to the Jews. So, why continue to perpetuate this lie called the “Peace Process”? The Palestinians might gain some temporary control over the land – like in Gaza – for G-d’s own reasons, but in the end, it will be taken from them anyway and returned to its rightful tenants, the Jewish People – I didn’t say owners, because G-d is the only true owner of everything.

It is true that a democratically elected government in Israel might choose, for political expediency, to transfer control over parts of the Jewish People’s homeland to others, like what happened in Gush Katif – Jewish Gaza; and that, in political terms, it might be seen as legitimate; but, in the Court of Final Justice, above, there never will be any Spiritual Legitimacy to the act. Anyone going against the will of G-d will ultimately have to account for their actions. Reward and punishment is a basic concept in Judaism, Christianity, and Islam. Heaven help those who try to take away the Divinely Promised Land from the Jewish People. Look what happened to Rabin, Sharon, Olmert, and countless others involved in the “Disengagement”…

Why lie to the Palestinians? Why make them believe they are right, that Israel “stole” their land? Why participate in a peace process? Why fool them into believing that Israel will give them land and a state?

Netanyahu, tell the world the truth, “He took it from them and gave it to us.”

What’s most important for Israeli leaders and the world to understand is, that no matter what the Israeli government decides to do, it has no Religious Legitimacy in Judaism. No Israeli leader or government has the moral, historical, or spiritual right to take away parts of the Promised Land from the Jewish People and give it to others. It’s not theirs to do with as they please; the Land of Israel is an inheritance from G-d and it is not for one generation to decide what to do with it. It is also for all future generations of Jews. It will never be accepted by Jews steeped in their heritage and tradition, or by G-d.

“Ani Ma’amin…” I believe with complete faith in the coming of the Messiah, and even if he takes a long time to come, I believe every day, he’s coming! It is one of the thirteen principles of faith as codified by Maimonides. The Jews will get back their homeland; the Palestinians will not have a state. So why start now, so close to his coming?

The Land of Israel was promised to Abraham, Isaac, and Jacob.

The Master of the Universe told them that even though their children will suffer terrible exiles – an educational and cleansing process – in the end, He would bring them home. In the 1948 War of Independence, G-d gave political sovereignty to the Jews for the first time in almost 2,000 years. In the 1967 Six-Day War, G-d returned the Holy City of Jerusalem in its entirety – including eastern Jerusalem and the Temple Mount – to the Jewish People. Hebron – Judaism’s second holiest city – with the Cave of the Patriarchs, the burial place of Abraham, Isaac, and Jacob, and King David’s first capital city, before Jerusalem – was returned as well. Truthfully, Judea and Samaria – the so-called West Bank – is drenched in Jewish history and Jewish holy sites. That’s why it’s commonly referred to as the “Biblical Heartland”.

The Jewish People have been brought home.

Those who have built their world-view on security needs and have claimed that we cannot allow a Palestinian state to come into existence because of that, have missed the point. The Palestinians, and the world, are playing the “Peace Card”. Even if they promised up and down, that there would be a thousand years of “Peace”, how can Israel spurn G-d’s promise?

Once there was a nice family who lived in a rough neighborhood. They wanted to get along with their neighbors, but the neighbors hated them, and used to throw rocks and break their windows all the time. One day, the leader and toughest of the neighbors came over and said, this is my house, and demanded it. The owner, father of the nice family replied, no it’s not, its mine. The neighbor insisted. Not wanting any more trouble, the owner invited him in to talk. The neighbor demanded the house and refused to leave; he threatened the owner. The owner decided to be nice and offered him a room to stay in.

Later, the neighbor claimed that the owner’s wife was in fact his wife. He implied he would kill the owner. The owner of the house, thought for a moment, my wife, my life, and then decided to share his wife. Why cause problems, he thought to himself. The neighbor, emboldened with his successful intimidation, next claimed the owner’s arm. Give me your arm, or else, he demanded. Well, the owner had a tough time at first, then he thought, my arm or my life, hmm, a small price to pay, and he meekly cut off his arm. Finally, the neighbor demanded, in the most insolent way imaginable, give me your heart…

The Land of Israel is the Jewish People’s heart.

Members of the ruling Likud Party and the National Camp have for years based their claim to the “occupied territories” on historical claim, and, more importantly, have said that for security reasons, they couldn’t give them away. The Israeli Left, in contrast, has argued for quite some time that control over Judea and Samaria is a security liability and not an asset. They have argued that the only true security is in “Peace” with the Arabs and not the status quo. American presidents, from Clinton to Obama, have basically said the same thing. Trump seems to be following their examples.

And what about settlement leaders, those so-called “right-wing extremists”, who spurn all talk of “Peace”?

When the Israeli cabinet decided to accept the “Roadmap,” with objections in 2003, the spokesman for the Yesha Council – of Jewish Settlements in Judea, Samaria, and Gaza – Yehoshua Mor-Yosef, said, “What is done is done. What we can do is try to amend the Roadmap and shift it to the right.” Shift it to the right? It wasn’t a matter of a little shift here and a little shift there. And, this is a so-called leader of the “Settlement Movement”! Their unsuccessful resistance to the expulsion of Jews from Jewish Gaza in 2005 confirmed the failure of their “moderate” policies.

Netanyahu, tell the world the truth, “He took it from them and gave it to us!” 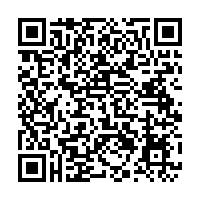