The Netanyahu coalition is planning to submit to the Ministerial Committee on Legislation next week a bill that prohibits police investigation of sitting prime ministers, Ha’aretz reported Monday. The bill freezes the statute of limitations on the suspected crimes so that they may be investigated at the end of the PM’s term of office. The bill exempts sex, violence, drugs, and security crimes, which may be investigated during a prime minister’s term.

The current version of the bill, initiated by MK Dudi Amsalem (Likud), is not expected to exempt Prime Minister Netanyahu from the investigations being conducted against him, because the law will not apply to investigations opened prior to the enactment of the new law. This introduces an intriguing possibility for Netanyahu’s next step regarding the four to six cases against him.

Israel does not have an impeachment process by which the parliament is empowered to indict and try a sitting PM. However, the Knesset may take a vote of no confidence which—if it gains a majority—could eventually lead to new elections.

This process introduces an intriguing outcome whereby, should the bill become a law, Netanyahu may want to call new elections to benefit from the new shield provision of the new legislation.

The Knesset does not favor moves of this kind to protect prime ministers who are under investigation. The house rejected a bill by former MK Ronit Tirosh (Kadima) in 2008, against the background of an investigations against Kadima’s then Prime Minister Ehud Olmert. Olmert ended up serving 16 and a half months in prison (he was released on July 2, 2017). In 2012, when Netanyahu was already in office, the Knesset blocked another attempt by Tirosh to advance the same bill – despite the support of the Ministerial Committee on Legislation.

It is not at all clear if MK Amsellem’s proposal will have the support of the ministerial committee. The Kulanu faction, which on Sunday was critical of Netanyahu’s attack on Police Chief Roni Alsheikh, are not likely to back the bill. Kulanu Knesset faction Chairman, MK Roi Folkman, has already expressed his reservations on Sunday about an attempt to exempt prime ministers accused of sticking their hand in the cookie jar. 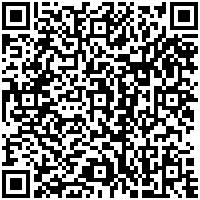