In a recent article for The Atlantic, “The Netanyahu Disaster,” Jeffrey Goldberg excoriated the Israeli PM for his decision to speak to the US Congress about Iran. Goldberg’s main argument was that the US is an enormously powerful ally while Israel is small, reliant and weak. As such Israel should respectfully listen to President Obama’s policy cues and never actively disagree with him even if his policies might seem detrimental to Israel. Goldberg concludes that by accepting speaker Boehner’s invitation, Netanyahu has insulted Obama and the United States, thus damaging Israel’s interests.

This line of thinking might be reasonable under normal circumstances, but does it really apply in a situation of existential danger? Let’s look at the facts. Iran’s leadership routinely boasts of their determination to destroy the State of Israel. Iranian sponsored terrorism is responsible for the murder of Jews around the world from Argentina to Bulgaria. Given their past behavior, Netanyahu believes that a nuclear-armed Iran poses an existential threat to Israel, and addressing this threat has been the guiding light of Netanyahu’s foreign policy.

Back in May of 2009, President Obama made the following statement regarding nuclear diplomacy with Iran: “We’re not going to have talks forever. We’re not going to create a situation in which talks become an excuse for inaction while Iran proceeds with developing a nuclear – and deploying a nuclear weapon.” Five years later, we’re still talking while the Iranians have continued their march toward the Bomb. Throughout this period Netanyahu has tried to make Obama and the rest of the world aware of the danger posed by Iran’s nuclear program, and he has repeatedly urged action to prevent a belligerent Iran from developing nuclear weapons.

To maintain a working relationship with Obama, Netanyahu has put aside his pride and swallowed the many insults and offences which have defined his treatment by the White House. On his first State visit in 2010 Netanyahu was given no reception and forced to enter the White House through a back entrance. He was left to languish in a White House conference room for over an hour after Obama unexpectedly left to have supper with his wife. In 2011 an open mike picked up some derogatory comments made by Obama who thought he was talking to French President Sarkozy off the record. To placate Obama and bring the Palestinians to the negotiating table, Netanyahu even released scores of felons who had murdered Israeli civilians. More recently, in another Jeffrey Goldberg article, Netanyahu found himself referred to as a “chicken-sh*t” by administration officials who were apparently gloating over the fact that he didn’t have the nerve to attack Iran and that now it was too late. And the list goes on.

Recognizing that the United States is the only power that can decisively deal with the Iranian threat, Netanyahu has ignored insult and injury in exchange for Obama’s pledge to prevent Iran from developing nuclear weapons. At this point in the game, it has become clear to everyone including Netanyahu that his strategy of playing ball with Obama and eating crow on the side has clearly not gotten that results he had hoped for. After years of talks and as we enter the 13th month of a final 6-month round of negotiations, we are yielding on one issue after another to Iranian demands. In the President’s latest State of the Union speech, he has confirmed that the White House is ready to lift the sanctions on Iran in exchange for the most modest concessions. Experts differ in their estimates of how many weeks or months it would take Iran to produce a bomb, but Obama has made it clear that he is willing to accept Iran as a threshold nuclear state. In his determined quest for some semblance of a foreign policy success, Obama has displayed his eagerness to strike a deal with Iran that leaves the mullahs within sprinting distance of a bomb and permanently endangers both Israel and the free world.

Netanyahu has been forced to recognize that Obama’s pledge to stop Iran from going nuclear has turned out to be just another of his famous vanishing red lines. Hence when House Speaker Boehner invited him to address Congress on Iran, Netanyahu promptly seized the opportunity. By accepting Boehner’s invitation, Netanyahu indeed insulted the President and probably caused an irreparable fallout with the current administration. But given Obama’s politics of appeasement, Netanyahu has made the decision to turn to Congress as Israel’s last best hope for help in dismantling Iran’s nuclear program.

It is a bold and risky move, but Netanyahu deserves praise for pursuing it. Although he was often criticized domestically for not standing up to Obama, Netanyahu acted with caution and humility through the long years when there was hope that Obama would stop Iran. Now that this charade is over, Netanyahu has demonstrated that he can act decisively and assertively when it matters. He has shown that he is willing to risk confrontation, not for personal pride, but for the welfare of his nation.

The Jeffrey Goldbergs inside the beltway will continue to criticize Netanyahu severely for antagonizing the great power on whose good will Israel depends. But Netanyahu has given a no confidence notice to the present administration, and he has chosen to place his bets on Congress instead. By addressing Congress and the American people directly, there is a chance that he may inspire America to rise to occasion and stop Iran. And if this fails to materialize, there will be, at the very least, a much clearer understanding all around of why Israel will do what it must do. 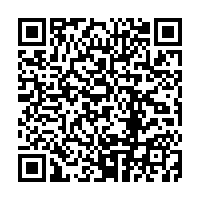