Every nation suffers its quislings. Jews are no exception. Indeed, Jews might have more than their quota of quislings because many American Jews are really secular progressives. Faced with a choice between their progressive values and their Jewishness, progressive Jews will always be progressives in their behavior and nominally Jewish when it is convenient.

Illinois Congresswoman Jan Schakowsky (D -9) has a progressive pedigree that even fellow legislator, Senator Bernie Sanders (I – VT), would find enviable. Representing one of the most populous and progressive Jewish districts in America, Schakowsky has never hesitated to acknowledge her ideological orientation.


So, it was not surprising that when Israel Prime Minister Benjamin Netanyahu was pleading the case for Israel’s survival before congress, Schakowsky was less than conspicuous by her absence. After all, Schakowsky’s North Shore congressional district boasts some of the most anti-Zionist, Zionist congregations in America.

One wonders why the Palestinians even bother with their propaganda campaigns when the progressive Jews of Evanston, Illinois and the other fashionable North Shore suburbs do it with a nuanced sophistication that provides the Palestinian cause with a “legitimacy” even their Saudi patrons could not buy.

Among progressive Jews, Israel is an historical accident that they along with President Barack Obama and George Soros, a major financial backer of the New Israel Fund and J Street, will yet rectify.

Whether it is assisting the anti-Israel boycott, divestment, and sanctions campaign, defending Palestinian terrorism in a Manhattan courtroom, or attempting to recreate what Abba Eban called Israel’s Auschwitz borders, Jewish progressives are there. And Schakowsky’s Jewish progressive constituents know she is standing with them.

But sometimes the Jewish community is still capable of showing that not everyone is willing to follow the Schakowskys of the world into oblivion. The “unJews,” as my Israeli friends derisively and appropriately call these people, might be sizable in number, but they are not without opposition.

Schakowsky was slated to be honored at the Jewish disabilities charity Keshet’s annual Rainbow Banquet on March 8, but within 90 minutes of Schakowsky turning her back on the Jewish people, Keshet issued to Schakowsky the equivalent of the two words commonly associated with the old Saturday Night Live Weekend Update skit, featuring the late Gilda Radner as Emily Litella, “never mind.”

Publicly Keshet said “unanticipated circumstances beyond our control” is why she will not be on hand. But privately at least one board member advised my Salomon Center colleague Paul Miller, “The concern is that an actual protest would take place right in the lobby to protest Jan Schakowsky. Ultimately the decision was made that this is a Keshet dinner and the focus needs to be about the kids of Keshet, not about the congresswoman.” But some on Chicago’s heavily Jewish North Shore were saying that given Schakowsky’s lemming-like obedience to Obama and her J-Street oriented positions on Israel, it was a mistake to honor her in the first place.

At a time when anti-Semitism has reared its ugly head across the world in a new, virulent, insidious, and even lethal form under the cover of anti-Zionism and when Israel is threatened by an Iranian nuclear ambition that glorifies its intent to wipe Israel off the face of the planet, Congresswoman Jan Schakowsky is part of the problem. In her own mendacious and clumsy way, her public Jewishness is an attempt to give legitimacy to Obama’s naïve and dangerous Iranian policy.

Keshet’s decision is laudable. It gives the rest of us hope that there are still some Jews that will not go quietly into the night but will rage and rage some more against the quislings among us. Let those among us who give comfort to those who would extinguish us be banished from our midst as the pariahs they have become. 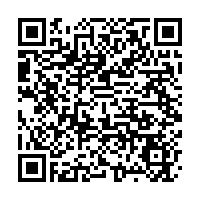