Finding ourselves at the end of Sefer Shemot, we may feel some confusion about the Biblical text. Not only do some of the stories seem out of chronological order, but it is sometimes hard to understand any connection between several sections that follow one another.

Though we may take solace in the sages’ various explanations, which reconcile the puzzling sequence of topics in the last five parshiot, it is still worthwhile to appreciate that the sequence of topics do appear – to the casual reader, not immersed in rabbinic thought – to be of no discernible order. What can we say to such a reader?


The Talmud (Berachot 10a) encapsulates the issue through a brief discussion between R. Abahu and an anonymous Sadducee. The Sadducees were enamored with Greek thought, the discipline of which apparently led this Sadducee to expect the Bible to be in strictly chronological order. When he cites one example of the Psalms being out of order, R. Abahu responds by saying that this is only a problem for you (i.e. based on your assumptions). For us, however (says R. Abahu) we do not view the order of the Torah as purely chronological but rather also associational (smuchin min haTorah). In other words, the Torah is also organized by the association of the content, or theme of one section, with that which follows it (for a broader discussion of this idea, see the Talumd in Yevamot 4a). That is to say, it is not only legitimate for the Torah to be out of order, it is to be expected.

In the first half of the twentieth century, James Joyce popularized a new style of writing, called stream of consciousness. According to this approach, the reader follows the thoughts of the protagonist. While more difficult to read, Joyce provided us with an unusually accurate portrayal of human existence. Even as many of our individual thoughts are quite rational, the connection between one thought and the next is often highly idiosyncratic. As we all know from our own experience, the mind easily flows from one subject to another, occasionally in almost inexplicable fashion.

It appears that the Torah is written with just such a human bent. On some level, this is echoed by the phrase that appears many times throughout the Talmud – that the Torah speaks in the language of men. Modern man’s love affair with scientific thinking can blind him to the fact that human thinking is not naturally scientific. While scientific thinking allows us to think clearly and make great material advances, it will always remain distinct from our natural essence. By contrast, the traditional understanding seems to be that the Biblical text is, and should be, consonant with our natural mode of thought, and not with the way we discipline ourselves to think when we approach things in a rational and scientific manner.

{Adapted by Harry Glazer from the essay “Speaking in the Language of Men,” by Rabbi Francis Nataf. Please visit Rabbi Nataf’s website, www.francisnataf.com/ideas-62.html to read the entire essay} 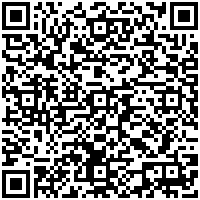