If you aren’t a political junkie, the growing attention being paid to the maneuverings of the prospective presidential candidates is more irksome than merely boring.

But it’s clear that though we are two years away from when the period of active campaigning will start, the contenders are already facing up to the fact that the impressions they are leaving on prospective voters are laying the foundation for the political landscape of the next presidential race.


So even as we concede that two years from now nobody will remember the polls and maybe even the controversies of the summer of 2013, that contest will likely be affected by what is going on today.

Like it or not, the dustup between New Jersey Governor Chris Christie and Kentucky Senator Rand Paul over foreign policy is the first defining moment of the 2016 race and, if you believe the latest polls coming out of New Hampshire, made them the only true first-tier candidates in the running.

Just as significant is the fact that Florida Senator Marco Rubio, who was running neck and neck with Paul earlier in the year in a PPP poll, has now fallen to the back of the pack.

These standings will mean nothing two years from now, let alone in January 2016 when New Hampshire Republicans vote for nominee that could stand up against Hillary Clinton (who seems to be cruising to the Democratic nomination by acclimation as if she were already the incumbent in the White House).

But the longer a narrative in which only Christie or Paul seem to be plausible winners stays in place, the harder it will be for any of the many others who want the nomination to raise enough money to challenge them.

In a WMUR/University of New Hampshire poll published last week, Christie leads the GOP field with 21 percent of the vote on a multi-candidate ballot. Paul is a strong second with 16 percent. But Rubio has fallen to fifth place (behind Rep. Paul Ryan and Jeb Bush) with only six percent, less than half of the 15 percent he received in the same poll back in April.

There’s no question that Rubio’s (praiseworthy in my opinion) role in pushing for a bipartisan compromise on immigration reform has hurt him with many conservatives. But I think his lurch back to the right as he makes common cause with Paul and Ted Cruz in a quixotic effort to shut down the government to stop ObamaCare probably isn’t helping him much either.

Though this stand is very much in line with his political roots as a Tea Partier, it looks as if he is trying to appease his critics and that is the kind of thing that smells like a sign of weakness. It’s not just that his position doesn’t make sense, it’s that it conveys (fairly or unfairly) a sense of panic about his standing with party stalwarts. His absence for the foreign policy debate in which Christie has jousted with libertarians and isolationists in Congress is also troubling.

It should also be noted that the same poll also rates Ryan as having the highest favorability ratings of any Republican. That echoes the findings of a recent Quinnipiac survey that showed the former veep candidate as the most popular Republican politician.

Though Ryan may prefer to stay in the House rather than put himself through the agony of a presidential candidacy, these are the kinds of numbers that make his many fans salivate about the possibility of his running.

It may be a little premature for the kind of handicapping that GOP activist Patrick Hynes gave us in an interesting Politico article in which he gave Paul a slight edge over Christie in New Hampshire. There’s plenty of time for seeming front-runners to drop out, also-rans to recover, and for new candidates to emerge out of the 2014 midterms. But Hynes is right to note that the strengths of both of these candidates are formidable. They are likely to be telling in early primaries like the one in the Granite State where independents and Democrats, who tend to favor Christie, may vote.

As early as it is, the longer Christie and Paul remain ahead of the field, the harder it will be to knock them off once the votes start being counted. 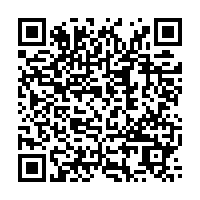