Tomorrow I will be registering my 14-year-old daughter in public school. I never in my wildest dreams believed I would be doing something like this, but we have been left with no other option.

My oldest child, a son, graduated from the local all-boys yeshiva and my 17-year-old daughter recently graduated from the all-girls yeshiva high school. While both of them were never more than adequate students, and my daughter had her share of academic difficulties, they were able to complete their Jewish educations.


My 14-year-old daughter’s school career was much more difficult, especially when she transitioned from elementary school to middle school. She suffered from Attention Deficit Disorder, and though we tried almost every medication available, none of them seemed to work.

I tried to give her as much outside support as I could. I hoped the school would be supportive, and though the teachers were wonderful, the administrators made it clear they did not feel their school was the right place for her.

I hoped things would change, that the school would decide it would continue to support her and help her through, but that was not to be. I had sent my children to the same school for 17 years, but the school decided it was not worth the effort to educate my third child.

I turned to the local yeshiva day school for help. Though I had not opted to send my children there from the beginning, I thought the high school might be a better fit for my daughter. I worked at the school as an outside consultant and was intimately aware of the services the school offered and the level of student they were able to accommodate.

I took my daughter to visit the school, and after spending a day there she asked if she could go back. She felt comfortable in the classes, was treated kindly by the other students, and felt this was a place where she fit in.

Much to my dismay, however, the principal informed me that his school did not accept students who had been rejected by other schools. I had not heard of this policy and told him that if she could not go there she would most likely end up going to public high school. He agreed to consider her application, but after a few weeks I received yet another rejection.

My local rabbi, when informed of the situation, was very disturbed. He agreed to speak with the school’s principal, who in turn agreed to reconsider my daughter’s application. I gave them the numbers of the various individuals who work with my daughter, and allowed them full access to all her information. (These professionals later informed me they told school personnel they felt my daughter could be successful in a mainstream curriculum with support.)

After several weeks I received a phone call from the principal, who once again told me my daughter would not be able to attend his school as he felt the school could not accommodate her needs. I respectfully disagreed with him, telling him I was fully aware of my daughter’s cognitive and emotional issues but I also knew very well the services the school provided. I told him I felt the school could, in fact, accommodate her needs. And I told him once again that if he would not accept her, she would have to attend public school. His answer was still no.

I tried other schools farther outside my local area but still within busing distance. One school was not dismissive and truly appeared to care about the welfare of my daughter; their program, however, was full and there was a waiting list. I tried two other schools outside my area but neither one seemed interested in trying to help us, citing the by now familiar reasoning that my daughter would not be successful there.

Our only other option would have been to send her out of town, but she did not want to leave her home and her parents to go to school, and I did not feel that forcing her to do so would be in her best interests.

When I was a child, I lived with my grandparents and attended the local public school. I don’t remember every detail or how it all took place, but I know that a group of local rabbis contacted my grandparents and had them enroll me in a Talmud Torah, an after-school Jewish learning program.

From third grade on, I attended yeshiva and graduated from a yeshiva high school, all because a few rabbis cared enough to make sure a Jewish child was able to receive a Jewish education.

I wish I knew where those kindly rabbis are today, so I could thank them. I am sure I would not be the person I am now, with the Jewish values I have, if it was not for the fact that they cared. I am also sure they would be astonished at the behavior of the rabbis who are denying my daughter a Jewish education.

Now that we’re in the month of Elul, perhaps the rabbis who have caused us so much distress should take notice, think about their actions and the consequences of those actions, and pray for forgiveness.

I hope God will be watching over my daughter as she begins her high school career in an environment that is foreign to everything she has been taught and exposed to thus far, with no Jewish atmosphere, no Jewish learning, no Yiddishkeit.

I will be praying that her Jewish identity and her Jewish soul remain intact. 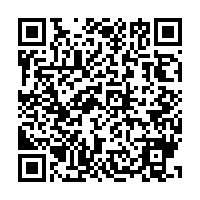