In what was dubbed an “unprecedented advisory,” Israel’s Ministry of Foreign Affairs issued a warning to Christians to steer clear of the “Christ at the Checkpoint” [CATC] conference that took place from March 8th-15th in Bethlehem, and coincided with Israel Apartheid week there. Israel Today , a publication that investigated the conference, concluded that it could pose “a long term threat to Israel’s security.” According to the official statement of the Ministry of Foreign Affairs:

“The attempt to use religious motifs in order to mobilize political propaganda and agitate the feelings of the faithful through the manipulation of religion and politics is an unacceptable and shameful act. Using religion for the purpose of incitement in the service of political interests stains the person who does it with a stain of indelible infamy.”

A ministry official stated that, “the conference is designed for the evangelical Christian leadership leadership — an extremely important audience to us.” Christians around the world should pay close attention to the Israeli government’s concern about the dangerous propaganda being fanned and fueled at “Christ at the Checkpoint.” According to the conference website: “the checkpoint and the wall become a focal point and symbol of the conflict.” Yet the reason for the wall and the checkpoint is never mentioned — not the daily incitement to destroy Israel, the countless terrorist attacks against it which necessitated the barrier, nor the seemingly corrupt leadership of the Palestinian people.


Looking further into the agenda of this event, the Jewish National News Service pointed out that “Christ at the Checkpoint” emphasizes replacement theology, which teaches that the Christian Church has replaced Israel and the Jewish people in God’s purpose and plan so that the Jews are no longer God’s “chosen people,” and that Christians have replaced them. This is a source of division in the Churches and a stance many Christians resolutely oppose.

Bethlehem Anglican Canon Rev. Naim Ateek , president of the Sabeel Ecumenical Liberation Theology Center, spoke at the inaugural CATC in 2010; he is one of the first church leaders to connect Liberation Theology with the Palestinian cause. Liberation Theology is a political movement in the Catholic church that stresses liberation from unjust economic or political circumstances; in the Palestinian cause, it replaces the Jewish Messiah in scripture with that of a Palestinian Jesus or martyr. As an aggressive anti-Israel campaigner, Ateek stated in an Easter message he once delivered: “In this season of Lent, it seems to many of us that Jesus is on the cross again with thousands of crucified Palestinians around him. It only takes people of insight to see the hundreds of thousands of crosses throughout the land, Palestinian men, women, and children being crucified. Palestine has become one huge golgotha. The Israeli government crucifixion system is operating daily. Palestine has become the place of the skull.”

Executive Director David Brog of Christians United for Israel described the speakers of CATC as the “who’s who of the new anti-Israel narrative…in a guise of love…. who claim to be “pro-Israel, pro-Palestinian, pro-peace.” Just before the conference convened, Brog warned that “almost every speaker will blame Palestinian suffering on Israel and Israel alone.” He calls CATC a “dangerously one-sided propaganda campaign against Israel.”

According to a World Net Daily report, Brog later lamented about the conference that: “They are so careful about excluding possible justification for Israel’s actions that not a word was uttered about the 60 missiles fired from Gaza into southern Israel. … they are so disconnected from real Christian suffering that there’s been no mention of the besieged Christian communities of Egypt, Iraq or Syria.” 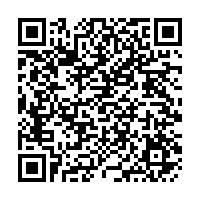