Instead of peace on earth and goodwill toward men, Gunness unleashed scathing attacks on Israel for Christmas with parodies of famous holiday songs and poems.


In a post directed at Netanyahu, Gunness referred to the recent news that the International Criminal Court is considering investigating Israel for war crimes:

In a subsequently deleted post, Gunness also made fun of Arab “collaborators” who were brutally executed by Hamas:

“Twas the night before Christmas, / when all across The Strip / Not a Qasam Rocket crackled / under Israel’s tight grip / Collaborators twitched as they hung in the air / On the lamp posts that glistened in Palestine Square.”

Although he’s no longer a representative of the international body, his comments are highly irregular for a former official who was supposed to be a neutral arbiter in the Israeli-Palestinian crisis.

Naturally, his tweets sparked outrage on the social media platform.

Author Kay Wilson, for example, the survivor of a 2010 Palestinian terrorist attack, condemned Gunness not only for his tweets but for his entire tenure at UNRWA, an organization now facing serious corruption allegations, posting on Twitter:

“Said @ChrisGunness who enabled terrorists to fire rockets on Israeli women, men and children by sheltering them in buildings, left his #UNWRA in squalor, helped himself to a massive salary & shameless faked tears on TV. If there’s an investigation, let’s hope he’s first.” 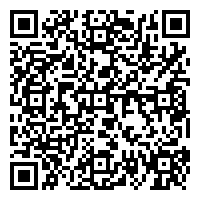