On or around March 30, 2018 to commemorate what they call “Land Day,” Palestinians in the Gaza Strip are preparing for “the great return march” where more than 100,000 people are expected to march to the Israeli border to raise awareness about the so-called right of the Palestinian refugees to return to their houses. The organizers of the march reported that they intend to recruit about a hundred thousand participants and Hamas and other terrorist organizations have announced their support for the march and called on their followers to participate.

As Arab media outlets have reported, “Palestinian refugees will hold peaceful marches towards Israel in a mass movement to force a return to their homeland.” In a previous March of Return, “more than a hundred Palestinians from Syria managed to breach the Israeli border fence and enter Israel” and the purpose of this march is to “promote a one-state solution.”

Against this backdrop, organizations funded by the radical New Israel Fund are shamefully assisting the organizers of this march and sympathizing with them. Shameful.

In the past, Adalah, an NIF funded organziation said in response to the fact that a permit for the march was not granted by Israeli police that they would appeal to Israel’s Supreme Court, noting, “The police decision is very strange and raises concerns that the refusal to approve the event is politically motivated.” +972 Magazine, which is funded in part by the New Israel Fund wrote in support of the March Of Return in the past with a columnist writing about the importance of the Palestinian right of return.

GISHA, another NIF funded organization, is very active in promoting this rally issuing a recent press release which noted that First and foremost, Israel must respect Gaza residents’ right to freedom of movement.

An urgent letter was sent yesterday to Prime Minister Netanyahu, Defense Minister Avigdor Lieberman, and Transportation Minister Yisrael Katz, demanding that they take immediate action to advance the opening of a commercial crossing in the north of the Gaza Strip.

Is this the purpose of the New Israel Fund, an organization which claims to be Pro-Israel? This organization must urge the organizations it funds to not stand with Hamas affiliated protests, but rather stand with the State of Israel, and the soldiers who will protect the border from 100,000 people who want to come and destroy Israel.  Stand with the IDF, not with Hamas. 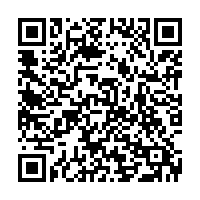