Using precise intel and new technology, the IDF overnight Sunday thwarted an attempt by Hamas to renew an old terror tunnel that would have crossed into Israel near Kerem Shalom, Jonathan Conricus, International Spokesman & Head of Social Media of the IDF reported. This is the 4th terror tunnel that has been destroyed since November.

In addition, also on Saturday night, the IAF struck a Hamas subterranean terror complex in the central Gaza Strip, in response to numerous IEDs placed near the border security fence in recent weeks.

The attack on the tunnel was part of the Israeli security apparatus’ intelligence, technological, and operational effort to locate and neutralize terrorist tunnels, which has been in effect since the 2014 Operation Protective Edge, and has been intensified in the last six months.

The IDF identified an attempt by the Hamas to renew the digging in an old tunnel path. The infrastructure was identified at an early stage and did not pose a threat to the residents of the area. The project was demolished overnight by the Corps of Engineers in Israeli territory, led by the Southern Command.

According to the IDF Spokesperson, Hamas invests enormous resources in the terrorist underground tunnels effort instead of investing in the Gaza Strip and providing much needed welfare to its residents. The attempt to renew the tunnel shows that Hamas finds it difficult to accept the collapse of the tunnel project and continues to waste the money Gaza residents should be receiving.

Prime Minister Benjamin Netanyahu commented, “Last night the IDF destroyed two terrorist tunnels. Our policy is to take determined action against any attempt to attack us and to systematically eliminate the infrastructure of terrorist tunnels and thus we will continue.

The time has come for the international community to realize that the assistance funds to Gaza are being buried underground.” 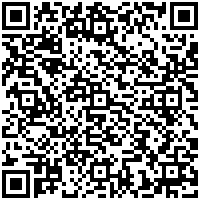