In purporting to “report” — not editorialize— about why AOC changed her vote from “no” to “present” on the iron dome funding, The New York Times congressional correspondent Catie Edmondson “reported” the following:

“[Progressives] have been caught between their principles and the still powerful pro-Israel voices in their party, such as influential lobbyists and rabbis.”


She cited no support for her “reporting” on the pressure placed by “powerful …rabbis,” nor did she name them, because her “reporting” simply was not true. She just made it up, because it supported the anti-Semitic narrative that AOC and her Squad deploy to deflect justified criticism of their anti-Israel and anti-American votes.

No powerful rabbis or lobbyists were needed to pressure the nearly 500 Democrats and Republicans who voted to fund the Iron Dome defense system that was jointly developed by the United States and Israel and that is currently being used to defend American troops from rocket attacks. The Iron Dome kills no one. It saves the lives of Israeli Jews, Muslims and Christians who are targeted by Hamas rockets. It‘s also saves the lives of Gaza residents by reducing the need for Israel to invade in order to stop the rockets. No objective person should oppose funding for this life-saving system. But Edmondson decided to “report” — make up— a canard that has deep roots in the sordid history of anti-Semitism: namely, that powerful rabbis—sometimes called “the elders of Zion”— pressured elected officials to surrender their patriotic American “principles” by voting in an unprincipled way in support of a foreign power. This not only demeans Jews as having dual loyalty, but it also insults every member of Congress who voted for this allegedly “unprincipled” result, presumably because of illicit pressure from lobbyists and rabbis, and not because they believed it was the right thing to do for America and its ally. No mention was made by the Times of powerful pro-Palestinian lobbyists or Imams, or of the pressure placed on AOC and others by radical leftists who hate Israel. No: it was supposedly “principles” that motivated the anti-Israel votes, and “powerful” rabbinical pressures that determined the “yes” and “present” votes. And this purports to be objective “reporting” from the newspaper of record.

After much criticism, the Times quietly removed the reference to “rabbis” without apologizing for its reporter’s mendacious anti-Semitism or disciplining her for her journalistic malpractice. Just imagine how quickly a journalist would be cancelled if she engaged in comparable bigotry toward another group. But the Times has long suffered from a double standard toward Jews and the Jewish nation.

The Times has repeatedly felt the need to apologize for its persistent insensitivity — and worse— toward Israel and its Jewish supporters. Remember the Der Stürmer-like cartoon it published in its international edition? It must do better. It must take steps to identify and control biased reporters, such as Edmondson, and reporting, such as her false claim about powerful rabbis,before they have to apologize for the damage that has already been done.

The Times has the right to editorialize against Israel, as it constantly does. It has the right to publish multiple columns and op-eds that are skewed against Israel, while employing only one pro-Israel columnist. But it has no journalistic right to editorialize on its news pages, as it repeatedly does. It defrauds its readers by disguising its subjective and biased opinions as objective unbiased reporting of the news. In this regard the Times is among the worst offenders of any influential newspaper.

So let the reader beware. You are not getting “all the news that’s fit to print” about Israel. You are getting only the “news” that its reporters and editors fit into their preconceived and biased narrative.

I challenge the Columbia School of Journalism, or any other objective academic institution, to conduct a study of the Times “reporting” on the Israeli-Palestinian conflict over the last few years. The results will shame the Times and caution its readers to skeptically evaluate what passes as “reporting”.

In the meantime, the Times must publicly, clearly and substantively apologize for its reporter lying about “powerful …rabbis” and explain how its editors could permit such an obviously anti-Semitic canard to be published on its pages. Quietly eliminating the offending words from its online version is cowardly and insufficient. It must acknowledge the harm that its false reporting has caused. 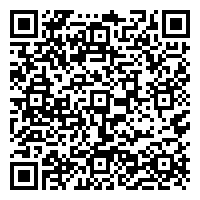