New York state’s recent decision to permit abortion through the third trimester – even until the moment of birth – is a rejection of some of our most precious and fundamental ideals.

From a Jewish perspective, abortion is most certainly forbidden. There are exceptions, but to argue that the existence of exceptions means halacha takes a lax attitude toward abortions is patently absurd. Nobody would argue that halacha regards Shabbat observance as optional simply because we’re allowed to violate its precepts in exceptional cases.


The Torah clearly does distinguish between murdering an already-born person – for which one gets the death penalty – and aborting a fetus – for which one does not. We also know that the Mishnah (Ohalot 1:6, quoted in Sanhedrin 72b) rules that when the mother’s life is at risk, abortion is appropriate (which some poskim argue indicates that other exceptions exist as well).

Rav Moshe Feinstein famously contended that abortion is a form of murder and is only acceptable (and mandated) when the fetus is a rodef (i.e., it will cause the imminent death of its mother). He therefore forbade abortions even if the baby has Tay-Sachs disease and will only live three years.

On the opposite extreme, Rav Yehudah Eliezer Waldenburg (the Tzitz Eliezer) permitted aborting a fetus diagnosed with Tay-Sachs. Responding directly to Rav Moshe, Rav Waldenburg argues that, halachically speaking, abortion is chavalah (wounding) – a serious Torah prohibition, but one that is set aside for medical needs or to promote a mother’s health and well-being. The severe emotional trauma resulting from caring for a baby that will only live a short while is so great that chavalah is permissible.

The spectrum of opinions between Rav Moshe and the Tzitz Eliezer is rich and nuanced, but halacha intuitively recognizes that a fetus is a living being – one that will, with Hashem’s help, soon develop into a full-fledged child. Therefore, even those who permit abortion certainly do not do so lightly.

That’s also why – barring significant risk to the mother – everybody agrees that at some point, something fundamental changes about the fetus’s status after which even the most lenient opinions maintain that abortion is forbidden. The closer the baby gets to the end of its gestation, the more we have to take its potential and ability to live on its own into consideration. A basic regard for the sanctity of life demands that we take even the potential for life quite seriously.

New York State’s new law does not do so. This law, which permits abortion until the moment of birth, is a flagrant slap in the face to the sanctity of life. Yes, it’s true that there are tragic cases in which the abortion is necessary to save a mother’s life, but, thankfully, these case are exceedingly rare and, in all likelihood, abortion in such cases would have been permissible even without this new law.

Furthermore, saving the life of an imminently-dying pregnant mother was neither the motivation nor the goal of this legislation. Passing a law insuring the safety of these mothers would not have elicited a standing ovation in New York’s State Senate or a celebratory pink light display on the Empire State Building. People celebrated because this law enshrines into law an extreme version of individual liberty according to which a woman’s freedom to decide her fetus’s future is virtually unencumbered. (Ironically, the supposed rights of a pregnant woman come at the direct expense of the life of another – the about-to-be-born and already viable baby.)

Pretending that the baby is not an individual because it’s still in the womb ignores the basic reality that there is scant physiological difference between a 35-week-old fetus and a two-week-old already-born baby. Whether we’re talking about physical development, brain development, or conscious self-awareness, the two are quite similar. Yet, while virtually everyone fiercely and adamantly defends the rights of the latter, this new legislation pretends that the former has no rights at all.

The Zohar haKadosh (Shemot 3a) famously describes abortion as tearing apart the very fabric of society and says Bnei Yisrael merited geulah precisely because they did not abort their children even though they knew their sons would be killed by their Egyptian overlords. Because Bnei Yisrael respected the kedushat ha’chayim inherent in each and every person, Hashem reciprocated and prevented the collective kedushat ha’chayim from getting eternally lost in the tum’ah of Egypt.

This passage from the Zohar was how Rav Waldenburg – perhaps aware that some might misuse his lenient position – ended his various teshuvot on abortion. Even while halacha may allow abortions in specific infrequent circumstances, broadly speaking, Torah Judaism fiercely advocates protecting the sanctity of life.

It’s the complete disregard that anything at all is going on with a third trimester baby – let alone something resembling kedushah – that makes New York’s legislation so odious and merits our outspoken protest and criticism. 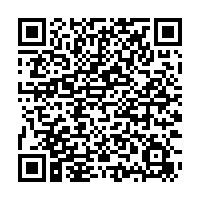