Above all, Turkey and Israel feel the most threatened considering the all too real possibility of a radical Islamic groups taking control of the country and another despotic regime coming on the scene in the Middle East.

However, it is not right to merely watch the bloodshed from a distance and be reluctant to take a stance against cruelty, just because of the fear of radicalism and the possibility of Syria becoming an attractive base for terrorist groups.

Israel and Turkey are the two neighboring countries that will not allow a fanatic and totalitarian regime to reign in the region. Similarly, they are the two countries that serve as protectors of democracy and secularism. Having this common stance, they should cooperate to usher Bashar Assad out of power and to move him and his family to a secure country such as Jordan. Turkey and Israel are the ideal regional countries to resolve this issue.

It goes without saying that despite the fact that Assad has all but lost control of the country, it is still essential that he step down in order for the bloodshed to end and for things to calm down. Given the current situation, it is highly probable that Assad feels under a great deal of pressure and that his life is in very real danger, much like the late Colonel Qaddafi.

The sordid end of Muammar Qaddafi no doubt is in President Assad’s thoughts. That is why Turkey and Israel should work together to take Assad—of his own volition and with his family—from Syria to Jordan, since Jordan has already agreed to his settlement on its soil. Provided that the Russian government is informed, Israeli and Turkish jets and helicopters can take him out of Syria. He should be allowed to bring a legitimate amount of his possessions and personal wealth out with him, enough for his needs, and provided a comfortable place in Jordan to live out the rest of his days. It would be very good that Turkey and Israel ensure the safety of Assad and his wife and children.

Assad’s fall will not end the clashes in Syria, since far too much blood has been spilled and the ones whose family members have been killed will doubtlessly seek to avenge themselves on the supporters of the regime. Additionally, the conflict between various ethnic groups and minorities are also expected to intensify unless a new government takes command of the situation through peaceful means. The slaughter of non-Muslims would be a terrible disgrace and utterly immoral. Turkey must declare its opposition to such a thing.

Neither non-Muslims nor Alawites should be harmed in the slightest way; nobody must seek to do such a thing. But if there are people who have been involved in murder, they must be put on trial. They should be arrested, but they must not be treated like animals, of course. Dragging people on the ground, beating and torturing them is immoral. They should be tried for their crimes, detained under normal conditions, and be given whatever sentence is fitting in a legitimate, lawful way. Another slaughter would be utterly wrong, and neither Turkey nor Israel or Russia should support summary executions.

Israel, Turkey and Russia must also take special protective precautions regarding Syrian Alawites and Christians. Naturally, Syria is likely to adopt a Muslim worldview, but there is absolutely no need for slaughter or any similar disgrace. The Syrians must quietly install a democratic government. It is also important for Turkey, Israel and Russia to issue a statement that the current opposition cannot act outside the boundaries of International Law.

The new government should be a representation of all individuals—regardless of their ethnicity, religion, sect or ideology—and guarantee that no one will face coercion again. Thus, a temporary government can be set up through common agreement among Turkey, Israel, Russia, and other nations, until free and fair elections can be held. Of course, the establishment of a democratic government through free elections by the citizens of Syria must be the primary aim, but it will be easier to create these conditions if Turkey, Israel and Russia become involved as guarantors.

The question is what kind of a leader should emerge after Assad’s fall. The leader of a democratic government to be established in Syria must embrace the Alawites and the Sunnis, Shiites, Christians and others. In other words, he must be a leader who embraces all faiths and all sects; he must state that he will love and embrace them all. He must make people feel that he will only act against the despots, tyrants, killers and the state within a state inside Syria, and even then only by the most scrupulous and legal means.

Assad is currently killing Sunnis, but it would be a disaster if the next leader takes action against Alawites in revenge. Such killings of Alawites, Christians or other minorities would be a catastrophe. The person who emerges must guarantee the full rights of all religions and minority populations. It is imperative that he make it clear that he is not a despot and that he declare his democratic intentions in a clear, coherent and reassuring manner.

With that, God willing, peace will take hold in Syria and life can begin to return to normal for the people of Syria and the entire region. 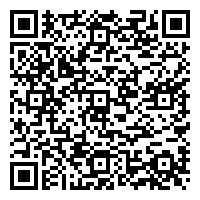