A UFO was seen buzzing the Eiffel Tower in Paris last Tuesday, just four days before the Parisian landmark was evacuated because of terror threats, reports gather.com.

A video titled “Woman Records UFO Near Collision With Eiffel Tower Paris 26th March 2013” has emerged online showing a glowing orb flying directly at the Eiffel Tower, then rocketing upwards in the sky. The object was not a conventional aircraft, weather balloon or Chinese lantern, reports the website. It was traveling too quickly, and changed directions on a dime.


Was it a spaceship? Watch the video below and decide for yourself.

However, on Saturday, French police cleared the entire Eiffel Tower because of a terrorist phone threat.

A UFO was caught on tape last month, hovering over the Empire State Building in New York City. No phone threats followed.

Away WITH the Manger – Israel On My Mind [audio] 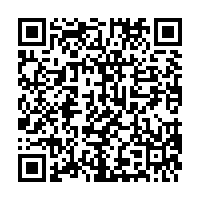