At times, complicated issues are most clearly understood in simple terms. Speaking before the Knesset in 2006, Israeli Prime Minister Benjamin Netanyahu (who at the time was the opposition leader) captured, in two brief sentences, that which lies at the heart of the ongoing, centuries-old Arab-Israeli conflict: “The truth is that if Israel were to put down its arms, there would be no more Israel. If the Arabs were to put down their arms, there would be no more war.”

Indeed, how does one peacefully coexist with those whose singular obsession is that one should not exist at all? Can people who simply wish to live in peace do so while surrounded by those who view them as, in the words of Iranian President Mahmoud Ahmadinejad, “a cancerous tumor” – “the most detested people in all humanity” whose very nation must be “wiped out from the map”?


But according to the burgeoning worldwide Islamic caliphate, it’s not just Israel, the “Little Satan,” that must face inhalation. So too must America, the “Big Satan,” be destroyed: “And God willing, with the force of God behind it,” Ahmadinejad once promised, “we shall soon experience a world without the United States and Zionism.”

A nuclear-armed Iran is perhaps months away. It is folly most grave to believe that this Islamic regime – a regime that holds there can be no greater honor than to destroy both Israel and America via nuclear suicide bombings – won’t deploy such weaponry at the earliest possible opportunity.

Yet today’s anti-Semitic axis-of-the-willfully-blind – the liberal intelligentsia, rank-and-file “progressives” and that elusive creature; the “moderate Muslim” – inexplicably, if not unwittingly, rally behind the principal Islamic cause: Death to the infidels (Koran 9.5).

“Free occupied Palestine!” they drone, while either disregarding the long history of deadly Arab aggression in the region or laboring under obtuse ignorance of it.

By “occupied Palestine,” of course, Arabs and Arab sympathizers reference lands won by Israel in its defensive 1967 Six-Day War when it devastated the armies of neighboring Syria, Jordan and Egypt as those warring nations characteristically made ready to “wipe Israel from the map.”

By seizing the Sinai Peninsula, the Gaza Strip, the Old City of Jerusalem, the Golan Heights and the West Bank of the Jordan River, Israel had gained a defensive stronghold crucial to its very survival. Still, many of these territories remained very much occupied – and do to this day – by thousands of Arabs who now fall under Israeli governance.

So in truth, Israel no more occupies this fictional “Palestine” than do Californians “occupy” Sacramento.

Or visualize a Mexican suicide bomber with full government authority strolling into a crowded Toys “R” Us in suburban Bakersfield, ripping himself and dozens of women and children to shreds.

Picture a quiet, unassuming woman cleverly disguised as an expectant mother boarding a San Francisco trolley and blowing it up along with scores of innocent passengers.

Do you not think the international community would forcefully condemn such horrific acts of terror? Do you not think America would respond with that level of force necessary to eliminate the threat? Would it not have an absolute right – indeed an absolute duty to do so?

Of course it would.

Yet despite the recent fragile cease-fire that Hamas violated within hours, this is exactly what Israelis face each day. This is their reality.

Hamas and the Palestinian Authority – with Iran’s full economic and military backing – have been attacking innocent Israeli citizens in this very fashion for years, recently ramping up such attacks.

The only wonder is that Israel has shown such remarkable restraint in its response.

“Iran has turned Gaza into an outpost of their nation,” Michael Oren, Israeli ambassador to the U.S. recently told a group of Christian leaders in a special briefing convened by Liberty Counsel. “More than 5.5 million of our citizens are now under threat of missile attack, and over 1,300 missiles have been fired at us since we took action against Hamas.”

No reasonable, peace-loving person should have any sympathy whatsoever for the Iranian government, Hamas or the Palestinian Authority – all guilty of serial war crimes – even as we all mourn the tragic loss of innocent Arab lives in Gaza and anywhere else it occurs. So do the Israeli people. So does the Israeli government. 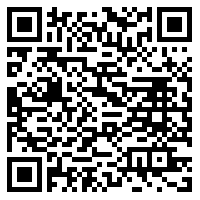