I come across Yair Michaeli standing amid the bustle of an Israeli shopping mall, a clipboard in his hand. He appears to be a serious-minded Israeli haredi. What is he doing in a place like this?

Yair, a 22-year-old graduate of prestigious Lithuanian and Sephardic yeshivot, is a licensed realtor but hopes one day to be the man all Israeli politicians turn to at election time – the premier pollster of Israeli politics.


“I was always interested in politics, even as a child,” says Yair. “First I made personal connections with all the haredi and religious parties and their leaders. Eventually I became interested in all the parties. Israeli politics is an amazing mix of personalities, ideologies and sheer energy. It is the most fascinating political process in the world, without a doubt.”

“As you know,” he replies, “there are many others working in the field, and there is no shortage of polls. First I gather all the recent polls done by other groups and factor the results together, arriving at an average score for each party running. Then I use my own special method.”

“Other pollsters try to get a random sampling of the population based on all kinds of statistical models. Then they call people on the phone. However, many people when polled by telephone don’t respond seriously. Sometimes the questions don’t resonate. So the results are inaccurate. What I do is more down to earth. I choose a sampling of locations and take my teams directly to places where people naturally come together. There we ask the relevant questions face to face. People get to consider the questions carefully and ask for explanations or clarifications.”

I look at him questioningly. “Is this really a superior method?”

“In a face-to-face encounter you can always see if someone is being serious with you or not,” he sys. “Sometimes people share their thoughts and feelings, and we take special note of this information. After tabulating the responses, we can see how far our results correlate with or diverge from the other polls. Sometimes there are big differences, which make us go back and retry our polling method. When we retry several times and our results remain consistent, we know we are on to something important which the other pollsters might have missed.”

As the Israeli election draws near, Yair works almost around the clock. He visits population centers and party activists. He is always eager to share his unique insights.

“In this upcoming election,” he says, “there are several new parties that have entered the race. This happens every election and ordinarily it is not statistically significant. New independent parties don’t usually register with Israeli voters. Most successful politicians have his or her power base in some pre-existing social context. This means that in Israeli politics the people end up getting more of the same old stuff term after term. But this time around it seems that something fundamental has shifted in voters’ attitudes. People are tired of running over the same ineffectual solutions time and time again. There is a breath of fresh air blowing this time, and I believe that at least one independent party has a fighting chance of getting into the next Knesset.”

“The Calcala Party,” he responds. “But of course there are still lots of polls to be taken between now and Election Day, and Calcala has an uphill battle ahead of it.”

I ask him to sum up his own personal and professional goals.

“First, my goal is to provide accurate information to the politicians I consider worthy of my help. Second, I intend to become the main pollster for the Israeli political system.”

“You seem pretty confident,” I tell him.

“Yes, I’m confident I can do it. How? Well, if after the upcoming elections it turns out my polls were the most accurate at predicting the various parties’ performance, that will pretty much seal the matter.”

Maybe a little too skeptically, I press him: “So you really think you can pull this off?” 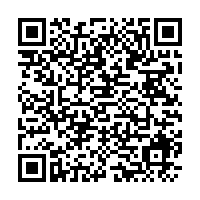