Mr. Efune was asked by an interviewer about left-wing Jews who have criticized the agreement. He replied that such criticism is “enabling Palestinian rejectionism,” “encouraging the Palestinians to take that position,” and “keeping this ongoing conflict alive for as long as possible.”


I have no sympathy for left-wing Jewish supporters of the Palestinian Arab cause. In fact, I have been one of their most vocal critics for many years. But they are not guilty of this charge. The dictionary’s definition of “enable” is “to make able,” “to make possible,” and “to give ability to.” No, Jewish behavior does not “enable” Palestinian rejectionism.

Palestinian Arab rejection of Israel is rooted in extremist Islam, militant Arab nationalism, and antisemitism. It long predated the rise of Peace Now or J Street. From Grand Mufti Haj Amin el-Husseini to Yasser Arafat to Mahmoud Abbas, the Palestinian Arabs have waged an unrelenting war against the Jewish People for more than a century. They didn’t need Peter Beinart or J Street’s Jeremy Ben-Ami to “enable” them.

Groups like Jewish Voice for Peace are harmful to Israel and the Jewish people. But their criticism of the UAE/Bahrain agreement is not what is “keeping this ongoing conflict alive,” to use Mr. Efune’s phrase. What’s keeping it alive is Palestinian Arab bigotry against Jews and Israel.

I myself have been critical of the agreement, but for very different reasons:

— Israel is paying too high a price. Suspending sovereignty and freezing Jewish construction in the territories are concrete concessions that undermine Israel’s ability to hold onto these lands. What Israel is receiving in return are gestures which can be reversed at any time. An embassy can be shut down on a moment’s notice. An airplane flight or a trade agreement can be canceled with one phone call.

— The Gulf kingdoms’ promises have already proven to be unreliable. Following the 1993 Oslo Accords, Israel established diplomatic or trade offices in Bahrain, Oman and Qatar. They were hailed as major breakthroughs for peace. But a few years later, the Palestinians launched the Second Intifada. As punishment for Israel defending itself against suicide bombers and lynch mobs, those Arab Gulf regimes broke off their relations.

— Arab dictators sometimes change their minds, and switch sides. In the 1960s, the Kennedy and Johnson administrations insisted that Jordan’s King Hussein was “moderate” and should be given advanced American weapons. They provided him with M-47 and M-48 Patton tanks and other weapons. They assured Israel that those weapons would never be used against her. Then the 1967 war came along, and the Jordanians decided to use those American weapons against Israel.

Of course not. Those who criticize Israel from the left, by demanding that Israel make even more concessions to the Arabs, are undermining the Jewish state. They are not “enabling Palestinian rejectionism,” but they are certainly increasing the pressure on Israel to take risks that endanger her security. By contrast, those of us who affirm the principles of Jewish sovereignty and construction, and warn of the risks of trusting Arab dictators, are strengthening Israel’s hand. We are advocating time-honored Jewish and Zionist principles, and we are helping to illustrate the dangers that Israel faces.

In these complicated and quarrelsome times, there needs to be room for open discussion about these issues. We may never reach a consensus in the Jewish community on the Israel-UAE/Bahrain deal or anything else, but we need to talk about it frankly, without calling each other names or accusing each other of enabling our enemies. Celebrations and accusations are no substitute for meaningful and civil debate. 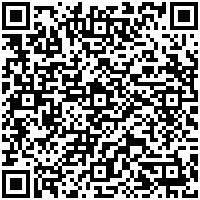