The simple reading of Devarim 32:50 is hard to understand. On the face of it, God commands Moshe to die. Rabbenu Bachya points out that this reading notwithstanding, it is not possible for us to encounter such a command in the same way that we never encounter a command to sleep – since neither is in our immediate control, it is simply not something that can be commanded.

For that reason, several commentators understand God’s command to Moshe here as commanding him to agree to his own death. According to Ohr HaChaim – and based on Bereshit Rabba 62:2 – this is something that God often wants from those closest to him. While this may well be the case, the only case where this is explicit is our verse concerning Moshe. So what was so important about Moshe’s agreement that it was singled out?


What makes this question even more interesting is our knowledge that Moshe was very unhappy about dying before the Jews crossed the Jordan. After all, he had orchestrated one of the most important campaigns ever. Yet at its very end – after over forty years of ups and downs – he was being denied participation in his campaign’s joyful conclusion. And so he argued, pleaded and did everything in his power to get God to change His mind. But whether Moshe agreed or not – since God obviously had the final say – Moshe would die. The only question is whether he would do so willingly. Perhaps it was to make sure that Moshe would do so, that God presented it as a command.

If our understanding is correct, there is a tremendous teaching here, one particularly well suited to this time of year: Prayer often consists of trying to get God to adopt our hopes for the future and integrate them into His larger plan. That is to say that someone childless will tell God why it would be a good thing for them to have a child – they will raise that child in such a way that the child will improve the world, etc. If this sounds familiar, it should – it is the precise content of Channah’s prayer, that we just read on Rosh Hashanah (I Shmuel 1:11). (Of course, we are never in a position to know all of the consequences of things. In this case, raising a child to do good in the world may ultimately be outweighed by the evil done by that child’s offspring.)

There is probably no more common prayer than the one for the continuation of life. As with the example above, and as in the case of Moshe, our petition can only be based on the hope that we still have much more good to bring to God’s world. Indeed, this tends to be much of our focus during the period of judgement associated with the high holidays. (While most commentators agree that the Book of Life that we speak about on Rosh Hashanah is talking about what is in store for the soul rather than what is in store for the body, many other things are decreed at this time of the year as well, including who will die physically.) One reason for this focus is that the finality of a person’s life is something that mostly defies our understanding. For is there not always more good that we can accomplish, if we were to be given more time?

And if we feel we can always accomplish more good, imagine how Moshe felt. But it is precisely when we cannot fully understand God’s decision that accepting it shows our true allegiance to Him. It is also what makes us into His servants and not – God, forbid – visa versa. And so God illustrates this with the person who had the most reason to believe that his continued life would have a net positive effect on the world. Let us not forget that Moshe had reached tremendous levels of understanding – his conjectures were hardly just wishful thinking. So if he felt that his taking the Jews into the Land of Israel would have positive long term consequences, there were certainly good reasons for him to believe so.

Presumably this is exactly why God wants Moshe to agree to his own death. For if Moshe had to accept God’s final verdict, who could object to God’s verdict about themselves? This is not the same as telling us that we cannot pray for our lives. But alongside that prayer, we must possess the humility to accept God’s verdict as the correct one, whether it makes sense to us or not. And if that was ultimately good enough for Moshe, it is going to have to be good enough for the rest of us. 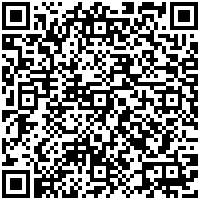