On May 8, 2001, twelve-year-old Koby Mandell, an American citizen, decided to do the Huck Finn thing together with his friend Yoseph Ishran and skip school. Koby’s parents, Sherri and Seth Mandell, old friends of mine from Silver Spring, Maryland, began to worry when he failed to return home that night.

The boys’ bodies – so disfigured they had to be identified through dental records – were found in a cave outside their parents’ community of Tekoa, Israel.


I knew I had to call Koby’s parents while they were sitting shiva, but what does one say to parents who had just lost their firstborn son in the most brutal way possible?

I told them I had been working on a piece of legislation to take the entire portfolio of Americans maimed or killed by Palestinian terrorists out of the State Department, which, to be fair, is concerned primarily with diplomacy, and put it in the Justice Department, where the primary concern should be justice. I asked Sherri whether she would like this bill to be named in memory of Koby.

I will never forget her response: “I can just see Koby jumping up and down in heaven to have a law named after him,” she said.

At that point I made a vow to myself that I would not rest until this bill crossed the finish line and became U.S. law.

To make a very long story very short, the Koby Mandell Act was signed into law by President George W. Bush in December 2004. I immediately called Sherri and Seth to inform them. We were all ecstatic.

The law created the Office of Justice of Victims for Overseas Terrorism in the Department of Justice, whose job it was to ensure that all American citizens, irrespective of where they were killed or maimed, would get the justice under American law they deserve.

The office was opened in May 2005. I naively thought we had reached the finish line; that the 54 American citizens who had been killed by Palestinian terrorists and the 83 who had been wounded would finally get a crack at the American justice they so richly deserved.

According to a 1991 Antiterrorism act, whenever an American is killed or wounded anywhere in the world our government has the right to apprehend the suspect, bring him to these shores, indict him, prosecute him, and ensure he gets the full punishment coming to him under American law.

Unfortunately, it’s been seven years now and not one American family has seen even a single suspect apprehended and brought here to stand justice (I am glad to report that the murderer of an American missionary in Indonesia was found and brought to justice there.).

This all hit home while I was in Israel last October. It was during that time that the government of Israel decided to exchange 1,027 terrorists, some of them with American blood on their hands, for Gilad Shalit, a soldier who had been captured by Hamas and imprisoned for five years.

This was a very difficult decision for the Israeli government. Every person in Israel has someone he or she loves – a son, a daughter, a sister, a brother, a niece, a nephew – in the Israel Defense Forces. It has always been a part of the IDF code that no soldier is left alone on the battlefield.

When Shalit returned to Israel, every Israeli was glued to a television set. The busiest streets in Jerusalem, Tel Aviv and Haifa were empty of cars. Every family felt the pain and the subsequent astonishment, joy, and relief of Gilad’s parents, Noam and Aviva.

But there was also enormous joy in Judea, Samaria, and Gaza. Every terrorist who had been released was welcomed home as a hero.

One of these terrorists was Ahlam Tamimi, who engineered the Sbarro Pizza bombing in the middle of downtown Jerusalem on August 9, 2001, in which 15 civilians were killed and 130 wounded. Two of the civilians killed were American citizens – Malki Roth, 15, from New York and Judith Greenbaum, 31, from Passaic New Jersey.

In a video interview conducted by a journalist while Tamimi was still imprisoned in Israel, she was asked if she knew how many children had been killed. Tamimi responded, “I don’t know…maybe four.”

“No,” said the journalist, “eight.” The video shows a look of total contentment and satisfaction crossing Tamimi’s face as she realizes her action had in fact resulted in the murder of eight Jewish children.

This woman is now in Jordan, where she has been celebrated as a hero and has her own talk show. America has an extradition treaty with Jordan. We know where she is and we have the tape where she freely takes credit for masterminding the Sbarro bombing.

Why are we not extraditing her? Why are we not shackling her and bringing her to these shores to stand justice? Why are we not punishing her to the fullest extent of the law? When I returned to the United States, I worked on a letter – sponsored by Rep. Howard Berman, a Democrat from California and the ranking minority chair of the House Foreign Affairs Committee, together with Rep. Joe Walsh, a Republican from Illinois, and signed by 52 members of Congress – asking Attorney General Eric Holder precisely that question. The letter was sent to Holder on March 1 of this year. 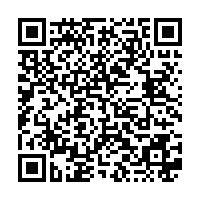