About 2,000 American families currently have children serving in the Israel Defense Forces (IDF), other American Jews send their kids to Israeli summer camp – and other American Jews fund New Israel Fund (NIF) and cooperate with efforts at the United Nations to malign the State of Israel.

NIF’s most recent endeavors involve accusing Israel of systematically compromising the welfare of Palestinian children. A special representative of the UN Secretary-General for Children and Armed Conflict recently recommended including the Israel Defense Forces on the black List of countries and bodies accused of systematically compromising the welfare of children – alongside Al-Qaeda, Boko Haram, Islamic State, the Taliban and other terrorist organizations. The list is due to be published soon, as an appendix to Secretary-General Ban Ki-Moon’s special Annual Report on Children in Armed Conflict.


Like previous UN Reports, the NIF and their partners cooperate with the UN to accuse Israel of war crimes in general and of abusing Palestinian children in particular: In October 2014 Adalah and Physicians for Human Rights (jointly with al Mezan, a Palestinian human rights organization) filed a report to the UN Human Rights Council. The report cited: Numerous cases of torture, ill-treatment and the disproportionate use of force by police, military and others security forces against Palestinian children.

For example, on June 1 2014, Adalah (an NIF grantee) sent an urgent letter to the Israeli Attorney General containing 21 shocking testimonies made by Palestinian children and recorded by the Defense for Children International-Palestine Section (DCI-P), detailing dangerous practices that constituted serious criminal offenses such as assault, damage, threat, sexual harassment and other unlawful activity committed by security authorities, including soldiers, GSS interrogators, and prison warden.

A further report was filed to the UN Human Rights Council in February 2015 by the Child Trust Fund, which addressed the condition of Palestinian children, and based their findings on materials provided by Breaking the Silence’s 2012 report. Breaking the Silence, an organization founded by former Israeli soldiers whose purpose is to expose alleged abuses committed by the Israeli Defense Forces released a booklet of witness reports written by more than 30 former Israeli soldiers. These reports document accusations of Palestinian children being beaten, intimidated, humiliated, verbally abused and injured by Israeli soldiers.

To place Israel on a blacklist for harming children is a gross, untrue accusation. Yet, attempting to do so is consistent with the goals of NIF, an organization who support boycotts of Israel. Despite employing the same barbaric tactics as ISIS and Boko Haram and using the same repugnant rhetoric in their crusade to annihilate Israel and the United States off the face of the earth, NIF ignores Hamas and Hezbollah misdeeds against Israel – and harm Israel by cooperating with the United Nations to blacklist one of the world’s most humanitarian armies.

The truth is the IDF did everything in its power to minimalize Palestinian casualties during Operation Protective Edge. Throughout the escalation, the IDF continuously warned innocent civilians in Gaza with electronic messaging and pamphlets when certain areas were going to be struck and gave them ample time to evacuate. They even went one step further by pinpointing areas they could evacuate to in order to avoid any gunfire and live combat. But, sadly many of these civilians were forced to remain in these hostile areas to serve as human shields for Hamas militants in order to maximize Palestinian casualties to propel their own propaganda campaign, and lure fellow Islamic extremists and faux human rights activists to their cause.

The New Israel Fund funds and supports groups that harm the IDF, supplying information to the UN in order to categorize the IDF with notorious and nefarious terror groups like ISIS, Boko Haram, and Al-Nusra; but when did any member of these terror groups do everything in their power to minimize civilian casualties and treat wounded civilians in their own hospitals? Israel continuously provided humanitarian effort and medical aid to Palestinian men, women, and children, who were treated in Israeli hospitals throughout the entire conflict. 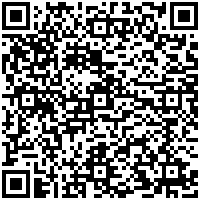