More than 8,000 Tri-State area residents, including many Israeli-Americans, celebrated Israeli food and wine at the Israeli American Council’s Celebrate Israel Festival at Pier 94 in Manhattan on Sunday, May 31. The event was intended to show solidarity with Israel, and bridge the Israeli-American communities with a celebration of Israeli culture.

Dozens of exhibitors represented the top faces of Israel, including the Montefiore and Tabor wineries. These wineries showcased many of its best wines and offered guests tastings. As a leading Israeli dairy maker, Tnuva also offered tastings of its top cheeses to those in attendance. Six people won a raffle of assorted Tnuva cheeses.

“We wanted to reconnect the Israeli community to itself and to the Jewish community,” said Yehudit Feinstein, head of the IAC’s New York chapter. The CEO of the organization, Sagi Balasha, said that history was made.

“This is the first time that a series of five festivals were organized in five American cities from coast to coast, where 50,000 people gathered to show support for Israel,” he said. “It is very symbolic that while Israel is undergoing a delegitimization assault, the Israeli-American community organized an unprecedented show of support. This is an operation that cost $2.5 million, most of it donated by Israeli-Americans.” 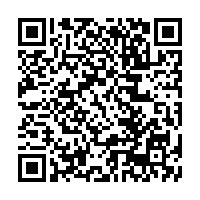