Is Secretary of State, John Kerry correct, or incorrect, when exhorting “the demographic time bomb” to scare Israel into a retreat from geography (Judea and Samaria), in order to, supposedly, secure demography?  According to Kerry, “There is an existential threat to Israel…. I am referring to the demographic dynamic that makes it impossible for Israel to preserve its future as a democratic, Jewish state without resolving the Israeli-Palestinian conflict in a two-state solution.”

Are Jews doomed to become a minority in the combined area of Judea, Samaria and the pre-1967 Israel?


According to the 2013 CIA World Factbook,  Judea and Samaria Arabs  experienced a dramatic decline in fertility rate (the average number of births per woman): from five births in 2000 to 2.91 in 2013.  On the other hand, in 2014, Israel’s Central Bureau of Statistics documents a 3.04 Jewish fertility rate and 3.42 when both Jewish spouses are Israeli-born.

“A new Palestinian generation opts for fewer children” is the title of an article by Rasha Abou Jalal, a Gaza journalist:  “While Islam calls for believers to bear many children and prohibits the use of birth control, new Palestinian generations are defying tradition and leaning toward limiting the number of children they have…. The new generation takes into consideration various economic and cultural factors before deciding to have children.  The idea of limiting childbearing has, therefore, garnered more supporters than before…. The more Palestinians become aware and rational, the less they will procreate, as they pursue a level of education and knowledge that suits them and increases their chances of having a better life….

The Westernization of Muslim demographic trends, from Iran (1.8 births per woman), through Saudi Arabia (2.3), Syria and Egypt (2.9) and North Africa (1.8) has also characterized Muslim women in Judea, Samaria, Gaza and pre-1967 Israel. The unprecedented decline in Muslim fertility has been driven by modernity: accelerated women’s rights, urbanization, education, career mentality and family planning (72% of 15-49 year old married Palestinian women prefer to avoid pregnancy).  Thus, contemporary young Muslim women are reluctant to get married at the age of fifteen and start reproducing at the age of sixteen.  They tend to postpone marriage until after the age of 20 and prefer limited reproduction.

On the other hand, in 2014, the Israeli Jewish fertility rate (three births per woman and trending upwards) is higher than in any Arab country, other than Yemen, Iraq and Jordan.  Jewish demography has been enhanced by a high level of optimism, patriotism, communal responsibility and attachment to roots among religious and secular, hawks and doves, conservative and liberal Israelis, bolstered by economic progress. While the annual number of Arab births – west of the Jordan River – has stabilized since 1995, the annual number of Jewish births has surged from 80,000 in 1995 to about 132,000 in 2013 – a 65% increase!  This dramatic leap occurred despite declining fertility among ultra-orthodox Jews, but due to the substantial rise of secular Jewish fertility.  In 1995 there were 2.3 Jewish births per one Arab birth in Israel; in 2014 – 3.3 births.  In 1995, the number of Jewish births constituted 69% of total Israeli births; in 2014 – 77% and rising.

In 2014, there is a robust 66% Jewish majority in the combined area of Judea, Samaria and pre-1967 Israel – compared with a 9% and 39% in 1900 and 1947 – benefitting from a tailwind of fertility and net-immigration.  This contrasts with declining Arab fertility and annual Arab net-emigration (in 2014, 20,000 from Judea and Samaria).  In 2014, Israel’s Jewish population has reached 6.5 million people, next to 1.7 million Israeli Arabs and 1.7 million Judean and Samarian Arabs – one million less than the number claimed by the Palestinian Authority.  The misrepresentation was conceived in the late 1990s, in response to the arrival of one million Soviet Jews to Israel.  It consists of overseas residents, overseas births, by double-counting Jerusalem Arabs as Israeli Arabs (by Israel) and West Bankers (by the Palestinian Authority), etc.. 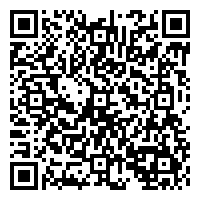