Among the many heartbreaking images associated with the kidnap-murder of three Israeli teenagers was a televised interview on June 29 with the mother of one of the Hamas terrorists named as a prime suspect in the killings. “If they [the Israelis] accuse him of this [the kidnapping], and if it is a true accusation, I will be proud of him until Judgment Day,” she declared. “If the accusation that he did it is true…My boys are all righteous, pious and pure. The goal of my children is the triumph of Islam.”

Not that she is the first Middle Eastern mother to rejoice at the thought of her son murdering innocent children. The fifth chapter of the biblical Book of Judges describes the mother of the barbaric Canaanite general, Sisera, anxiously waiting by the window for her son to return from his latest slaughter. Sisera’s mother was calmed only by her attendants’ reassurance that he must have been delayed because he was busy ravaging women and pillaging their homes.


Author and pundit Erica Brown, a scholar at the Jewish Federation of Greater Washington, D.C. and columnist for the New York Jewish Week, this week invoked Sisera in a misguided comparison to the situation of the three kidnapped teenagers. Just as Sisera waited by the window, she wrote, “as a community, we have all been waiting by that window for weeks, checking the news constantly and asking if there are any updates, any developments about our three kidnapped boys.” All mothers have something in common, Ms. Brown argued.

It’s true Sisera had a mother who cared about him. So did Adolf Eichmann and Osama Bin Laden and presumably the Hamas terrorists who kidnapped and murdered the boys. But that does not mean that Jewish mothers “waiting by the window” should be compared in any way to the mothers of murderers waiting by the window.

No, not all mothers are the same.

In fact, the sad truth about Palestinian Arab society is that the mother of the kidnapper is only one of many Palestinian mothers who are proud of their murderous children and who have expressed delight when their children have died while killing Jews.

Just last year (on January 27, 2013), the Facebook page of Fatah, the movement headed by Palestinian Authority chairman Mahmoud Abbas, posted a feature about the mother of 23 year-old Wafa Idris, the first female Palestinian suicide bomber. She murdered one Israeli, and wounded over 100, by blowing herself up in a Jerusalem supermarket in 2002. The posting quoted Wafa’s mother as saying “She is a hero…My daughter is a Martyr (Shahida).” The Fatah page added: “Wafa’s mother said that she is proud of her daughter, and hopes that more girls will follow in her footsteps.”

The Hamas website on January 1, 2006 presented a film about a woman named Um Nidal and her son, Muhammad. First they are shown just before the heavily-armed Muhammad sets out on a terrorist attack. His mother declares: “By Allah, today is the best day of my life…I wish to sacrifice more [sons]…. It’s true that there’s nothing more precious than children, but for the sake of Allah – what is precious becomes cheap.” Then, after her son has been killed while carrying out the attack, Um Nidal says: “I gave my son to Jihad for Allah. It’s our religious obligation….The greatest honor [my son] showed me was his Martyrdom.” 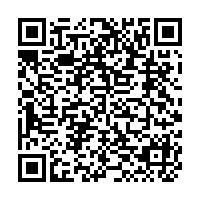