(JNi.media) Rage over a homework assignment became so harsh and abusive, school officials in Augusta County, Virginia decided to keep all 10,000 county students at home this past week, and to suspend school sports activities over the weekend.

This WW3 battle began when Cheryl LaPorte, who teaches world geography at Riverheads High in Staunton, Virginia, gave her students a homework assignment: to copy by hand a line of Arabic script. The lovely arabesque calligraphy happened to be the shahada, an Islamic statement of faith bearing witness that “there is no god but Allah, and Mohammed is the messenger of Allah.” It has been established, incidentally, that LaPorte did not compose the assignment based on secret instructions she received from her operators in ISIS, but rather picked it from a workbook created by teachers called “World Religions.” The book also includes assignments about Christianity and Judaism.


It took only a few hours before some angry parents demanded LaPorte’s firing for “violating children’s religious beliefs,” but the Virginia Department of Education and Augusta County Superintendent Eric Bond announced they reviewed the material and they don’t believe it violated student rights.

Nevertheless, the county school system removed the offensive statement from the curriculum, replacing it with “a different, non-religious sample of Arabic calligraphy.” The county also issued a statement saying it was not leading a drive to convert students to Islam. Augusta County Schools official Eric Bond said in a statement that none of the “lessons in the world geography course are an attempt at indoctrination to Islam or any other religion or a request for students to renounce their own faith or profess any belief.”

That was too little, too late, as far as some parents were concerned. Kimberly Herndon told WHSV, “The sheet she gave out was pure doctrine in its origin,” adding, “I will not have my children sit under a woman who indoctrinates them with the Islam religion when I am a Christian.”

Megan Williams, reporting for the News Leader, noted that “increased police presence and national media attention have made for a weird week as Riverheads High School headed into winter break.” The decision to end the school week early was reached on Thursday, “after district offices were hit by a firestorm of phone calls and emails over the controversy.” Williams reported that “Augusta County Sheriff’s deputies were in all schools and the front doors were locked.”

A Facebook group calling itself SUPPORT LAPORTE was started and to date attracted 5,653 members. Most of the reactions on the social network are expressions of disbelief at the parents’ heightened sensitivity to other people’s religions and cultures.

Williams quoted Prof. Nancy Klancher of Bridgewater College, which serves Augusta County, who explained that county students come from the Shenandoah Valley, and “don’t know anything about any other religions besides their own.” 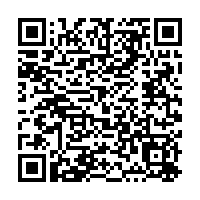