A democratically elected government’s ultimate responsibility is the safety and security of its citizens. Accordingly, achieving that goal is the task facing the Israeli government in its dual war against Hizbullah terrorists on its northern front and Hamas terrorists in Gaza.

But why is achieving that goal proving so difficult for Israel? Why is one of the most potent military forces in the world – certainly the region’s strongest – having such a difficult time destroying, once and for all, its sworn enemies?

Ehud Barak did his best impersonation of a football wide receiver by cutting and running (with no reliable security guarantees in hand) from the volatile stalemate of South Lebanon in 2000. As was predicted by many, this permitted Hizbullah to spend the next half-dozen years creating a terrorist state-within-a-state with no effective Israeli deterrence.

The Barak government followed this capitulation to terrorism by offering the late terrorist leader Yasir Arafat 97 percent of Judea and Samaria and even 3 percent of pre-1967 Israel, including parts of Jerusalem. Thankfully, Arafat remembered former first lady Nancy Reagan’s advice to “just say no.”

Not to be outdone, Barak’s successor, Ariel Sharon, betrayed his 38-year commitment to Israeli security in the nation’s heartland with his 2005 unilateral withdrawal from Gaza, leaving Hamas in charge of what – as was widely predicted – has become an anti-Israel terrorist infrastructure.

With this recent history in mind, Israel must ignore the international community’s pressure and condemnation – even when the IDF makes grievous military errors that lead to tragic civilian fatalities – and finally focus exclusively on the welfare of its citizenry. Only then will the Jewish state shed its hesitancy to defeat its declared foes.

Though it certainly pains civilized men and women to witness the accidental deaths of innocent civilians – an inevitable consequence of any war – Israel’s political and military leadership must craft a policy geared toward what is best for Israel, even if it flies in the face of the accepted guidelines of world opinion.

Rejecting the world’s judgment of its behavior would not exactly be to Israel’s detriment; in fact, it’s difficult to see how the country’s post-war image would be any worse than it was before the fighting. While international condemnation of the Jewish state will almost surely grow, Israel should pay no mind to those who will always hate it simply for existing. Unbridled hate is not something to be reasoned with.

Here, then, a suggestion for a winning strategy:

First, Israel should reject any United Nations-approved resolution that does not demand the complete and permanent military, political, and social dismantling of Hizbullah. (In other words, no acceptance of an international peacekeeping force behind whose protection Hizbullah would continue to function.) And Israel needs to shelve its declared goal of pushing Hizbullah from target range of its northern cities.

Both of the above approaches are to be rejected because both are likely to be failures.

International peacekeepers, as they’ve done before in this long conflict, almost assuredly will turn the other cheek or run from harm’s way when the inevitable violations by Hizbullah and its chief sponsors, Iran and Syria, occur. Additionally, if the range of Hizbullah’s Katyusha rockets is pushed back from Haifa and other northern cities closer to Tel Aviv, how long does anyone think it will take before Hizbullah takes advantage of a cease-fire to acquire or develop longer-range weaponry? If this scenario plays out, the situation returns to square one.

Instead, Israel should impose a complete land, air and sea quarantine on Lebanon and Gaza – including a total ban on food, medicine and travel. This would force Hizbullah and Hamas to choose between fighting their Jewish enemy and protecting the lives of their innocent civilians. While this “Nothing In, Nothing Out” policy would cause an international outcry, it would be a small price to pay for preventing the further shedding of Jewish blood.

To be sure, victory would not come overnight. If the terrorists insisted on continuing their onslaught against Israel’s northern cities and southern border towns, it would still take time for their munitions supplies to run dry. But they will have been put on notice that the people on whose behalf they claim to be fighting faced imminent starvation. 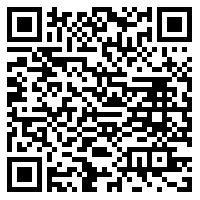