A proposed text for a speech by Prime Minister Olmert, in the aftermath of Kfar Kana, that would have explained to the world exactly what Israel is fighting for:

Ladies and gentlemen, leaders of the world. I, the prime minister of Israel, am speaking to you from Jerusalem in the face of the terrible pictures from Kfar Kana. Any human heart, wherever it is, must sicken and recoil at the sight of such pictures. There are no words of comfort that can mitigate the enormity of this tragedy. Still, I am looking you straight in the eye and telling you that the State of Israel will continue its military campaign in Lebanon.

The Israel Defense Forces will continue to attack targets from which missiles and Katyusha rockets are fired at hospitals, old age homes and kindergartens in Israel. I have instructed the security forces and the IDF to continue to hunt for the Katyusha stockpiles and launch sites from which these savages are bombarding the State of Israel.

We will not hesitate, we will not apologize and we will not back off. If they continue to launch missiles into Israel from Kfar Kana, we will continue to bomb Kfar Kana. Today, tomorrow, and the day after tomorrow. Here, there and everywhere. The children of Kfar Kana could now be sleeping peacefully in their homes, unmolested, had the agents of the devil not taken over their land and turned the lives of our children into hell.

Ladies and gentlemen, it’s time you understood: the Jewish state will no longer be trampled upon. We will no longer allow anyone to exploit population centers in order to bomb our citizens. No one will be able to hide anymore behind women and children in order to kill our women and children. This anarchy is over. You can condemn us, you can boycott us, you can stop visiting us and, if necessary, we will stop visiting you.

Today I am serving as the voice of six million bombarded Israeli citizens who serve as the voice of six million murdered Jews who were melted down to dust and ashes by savages in Europe. In both cases, those responsible for these evil acts were, and are, barbarians devoid of all humanity, who set themselves one simple goal: to wipe the Jewish race off the face of the earth, as Adolph Hitler said, or to wipe the State of Israel off the map, as Mahmoud Ahmedinjad proclaims.

And you – just as you did not take those words seriously then, you are ignoring them again now. And that, ladies and gentlemen, leaders of the world, will not happen again. Never again will we wait for bombs that never came to hit the gas chambers. Never again will we wait for salvation that never arrives. Now we have our own air force. The Jewish people are now capable of standing up to those who seek their destruction – those people will no longer be able to hide behind women and children. They will no longer be able to evade their responsibility.

Every place from which a Katyusha is fired into the State of Israel will be a legitimate target for us to attack. This must be stated clearly and publicly, once and for all. You are welcome to judge us, to ostracize us, to boycott us and to vilify us. But to kill us? Absolutely not.

Four months ago I was elected by hundreds of thousands of citizens to the office of prime minister of the government of Israel, on the basis of my plan for unilaterally withdrawing from 90 percent of the areas of Judea and Samaria, the birth place and cradle of the Jewish people; to end most of the occupation and to enable the Palestinian people to turn over a new leaf and to calm things down until conditions are ripe for attaining a permanent settlement between us.

The prime minister who preceded me, Ariel Sharon, made a full withdrawal from the Gaza Strip back to the international border, and gave the Palestinians there a chance to build a new reality for themselves. The prime minister who preceded him, Ehud Barak, ended the lengthy Israeli presence in Lebanon and pulled the IDF back to the international border, leaving the land of the cedars to flourish, develop and establish its democracy and its economy. 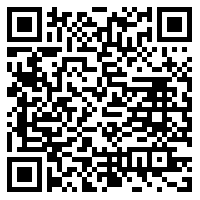