This week, the media did everything in their power to avoid talking about the pro-life March for Life, attended by hundreds of thousands of people who braved the cold to stand with the rights of unborn children. Instead, the media manufactured stories out of whole cloth – in particular, the story of a group of Catholic high school boys supposedly harassing a kind elderly Native American gentleman. That story turned out to be false. But at least the American people weren’t subjected to coverage of the actual March itself. That could have disturbed the Democratic narrative that abortion is freedom.

How far has the Democratic Party gone at this point? Let New York Governor Andrew Cuomo (D-NY) tell the tale. This week, Cuomo celebrated a bill passed by the legislature that legalized the murder of unborn infants up to the point of birth – and even changed the criminal code so that there would be no separate punishment for the murder of an unborn infant (so, for example, if a boyfriend beat his pregnant girlfriend in the belly so hard she miscarried, the only crime would be for his assault on her, not for his killing of the baby). Cuomo ordered that state sites be lit up in pink, in honor of the imminent murder of thousands of more children.

Meanwhile, Cuomo came out strongly in favor of banning the death penalty in New York, hilariously citing Catholic doctrine in his own defense:

The death penalty is morally indefensible and has no place in the 21st century. Today, in solidarity with @pontifex and in honor of my father, I will be advancing legislation to remove the death penalty from State law once and for all.

JUST IN: Pope Francis changes Catholic teaching on the death penalty, saying it is never admissible. The Church will now “work with determination towards its abolition worldwide,” the Vatican says https://cnn.it/2OxhjHj 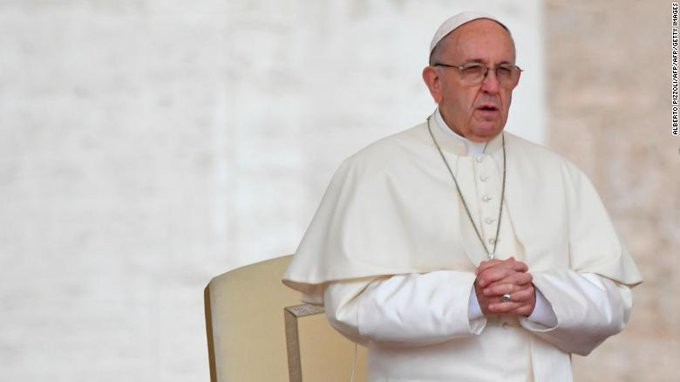 Now, it’s already bizarre to see Democrats citing the Pope as justification for their politics, given the party’s newfound hatred of Catholicism – just ask the Covington boys, Judge Amy Coney Barrett, and the Knights of Columbus. It’s even more bizarre to watch Cuomo invoke the Pope literally days after celebrating the mass killing of the unborn. It turns out the Catholic Church has had some ideas on abortion for a while.

But this is how extreme the Democratic Party has become: open celebration of the lethal injection of the unborn, while simultaneously protecting rapists and murderers from lethal injection. At least we now know whom Democrats think are the most dangerous among us: innocent children who haven’t exited their mothers’ womb.