The Women of the Wall will join the international tefillin World Wide Wrap day for the fourth year, and this year will set up a tefillin stand for women in Jerusalem.

Sunday, February 3, 2019, is not just Super Bowl LIII (that’s 53 for those among us whose Yeshiva did not teach Roman numerals) – it’s also the annual World Wide Wrap day, when the Conservative movement borrows a page from the Chabad Lubavitch play book, except that on this day they urge both men and women to put on tefillin.


Each year on the morning of the NFL’s Super Bowl, the Federation of Jewish Men’s Clubs (FJMC) promotes a special morning minyan in Conservative synagogues around the world where the mitzvah of tefillin is explained and demonstrated. This world-wide event is a fixture in synagogues throughout North America and in Australia, India, Europe, and South America.

The Women of the Wall started to work on their tefillin stand six months ago, when they asked the Jerusalem Municipality to place the stand in the center of the city. The municipality rejected the request, without an explanation. But now the municipality, under new management—Haredi-aligned—decided to allow the women to place their stand in the open and invite female pedestrians to perform the mitzvah.

The Women of the Wall issued a statement saying: “Putting on tefillin and wearing a prayer shawl is not contrary to halachah, except through a perception of what is accepted today in Haredi or Orthodox customs and in the public sphere – and this perception changes all the time.

“Our goal is to fight against the exclusion of women – and to empower women in their faith and presence in the public sphere.”

The Talmud points to two women who wore tefillin in public and the sages did not protest it: Michal, daughter of King Saul and wife of King David; and the wife of the prophet Jonah. The Yerushalmi Talmud (Berachot 14, 2:a) offers a slightly different version: the wife of Jonah was sent home and the sages did protest Saul’s daughter’s action.

Also: the objection to women putting on talit and tefillin is not out of an objection to their partaking in the mitzvah (even though they aren’t obligated, since it is time-related), but because it was difficult for women in antiquity to maintain the physical cleanliness required for the mitzvah. Rabbi Moshe Fenshtein prohibited the mitzvah to women whose putting on teffilin was an expression of their anger at God. 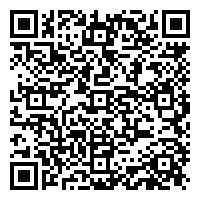