Recent polls show that Americans, American Jews and Israelis all disapprove of President Obama’s policies toward Israel. One reason for the disapproval that emerges in these polls is that the Obama administration pressures and criticizes Israel, while giving Mahmoud Abbas’s Palestinian Authority a free pass.

Such perceptions happen to be well founded. For example, the Obama administration has almost entirely ignored Palestinian incitement. On the few occasions it has paid it any account at all, it has finessed and whitewashed it.


On June 4, 2009, President Obama delivered an address in Cairo directed to a worldwide Muslim audience. While he criticized Holocaust denial and hatred of Jews in the Muslim world, Obama said nothing about these in relation to the PA. Indeed, the word “incitement” did not pass his lips.

Criticized for ignoring this issue, Obama and Secretary of State Hillary Clinton alluded to by name it in some subsequent statements, but in none did the administration indicate the PA was responsible for the incitement – or if and how the PA might be penalized for its continuation.

On the contrary: when Obama referred to the problem of Palestinian incitement in his speech at Buchenwald on June 5, 2009, he even praised Abbas for having made some “progress” in dealing with it – implying that Abbas and the PA were part of solution rather than the problem.

In August 2009, Fatah held a conference in Bethlehem which reaffirmed its refusal to accept Israel’s existence as a Jewish state, glorified terrorists living and dead by name, praised the “armed struggle,” insisted on the so-called right of return, and rejected an end of claims in any future peace agreement with Israel.

Abbas himself declared, “We maintain the right to launch an armed resistance.”

How did the Obama administration react? With silence.

Later, urged by Senator Arlen Specter (D-PA) to take up the issue with Abbas, Secretary Clinton issued a flat-earth denial, saying that the Fatah Conference showed “a broad consensus supporting negotiations with Israel, and the two-state solution” and that contrary statements by unnamed “individuals” at the conference “did not represent Fatah’s official positions.”

This blatant untruth was even more disturbing coming as it did from Clinton, who, as senator from New York, had once been outspoken about the need to end PA incitement.

In January of this year, when terrorists from Fatah’s Al-Aqsa Martyrs Brigades, a recognized terrorist group, murdered an Israeli, Rabbi Meir Chai, in a drive-by shooting, the PA did not condemn the murder but did condemn the subsequent killing of the terrorists by Israel.

Abbas himself sent condolences to the families of the three terrorists; PA prime minister Salam Fayyad visited the terrorists’ families; and Mahmoud Al-Aloul, member of the Fatah Central Committee, also praised the dead terrorists as heroes. But the Obama administration said nothing, even when specifically informed of these events by the Israeli government.

Similarly, when PA TV broadcast a sermon from Nablus’s Bourin Mosque on January 29, in which Jews were declared “the enemies of Allah and of His Messenger. Enemies of humanity in general” and Muslims exhorted to murder them with the words “The Prophet says: ‘You shall fight the Jews and kill them,” the administration continued to say nothing.

In March, the Obama administration publicly condemned Israel for announcing a program of building Jewish homes in eastern Jerusalem during Vice President Joseph Biden’s visit. It failed, however, to condemn – or indeed to say anything at all – about something else that occurred during Biden’s visit: the PA’s naming a public square in Ramallah after Dalal Mughrabi, the leader of the 1978 coastal road bus hijacking, in which 37 Israelis, including 12 children, were slaughtered.

When at last Secretary Clinton, several days later, provided the administration’s first criticism of the obscene glorification of Mughrabi by Palestinians, it was only to whitewash and protect Abbas, Fayyad and the PA by incorrectly suggesting it was “a Hamas-controlled municipality” that had initiated the event.

Adding insult to injury, Clinton actually praised Abbas and Fayyad for their strengthening of “law and order.”

At the time of these remarks, the PA was actively instigating violence in and around Jerusalem. Here, too, Clinton avoided any mention of the PA in referring to the disorders, speaking only of unidentified “instigators.” 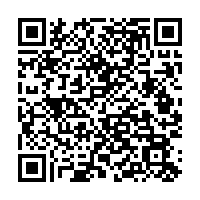