{Originally appeared in The Hill)

Because of their strong convictions, people of faith are predisposed to disagree – even with one another. Getting firm believers to agree on anything can be considered a miracle in itself.

But President Obama appears to have pulled it off, miraculously bringing together people of faith to denounce the catastrophic deal reached between the P5+1 and Iran over the Islamic Republic’s nuclear ambitions.

Perhaps by Divine intervention or maybe it was “bashert,” the Yiddish word for destiny or fate, Obama began losing the Iran deal battle for the hearts and minds of religious Americans within hours after he announced the agreement.

The administration would have been wise to delay the announcement a mere 12 to 24 hours. With meetings set months in advance, 85 percent of Congress was already scheduled to meet with members of Christians United for Israel (CUFI) a few hours after the president addressed the country. The announcement coincided with their annual summit, and that historic Tuesday just happened to be lobbying day for CUFI—the largest pro-Israel organization in America – and their 5,000 conference attendees.

But CUFI’s impact is not limited to those initial constituent meetings granted to CUFI members who understand the danger this deal presents to Israel, the region and the United States.

“CUFI members have sent more than 375,000 emails to members of Congress since the deal was announced,” explained CUFI Communications Director Ari Morgenstern. “Our members have also made thousands of phone calls to the offices of their elected officials, and have attended scores of town hall meetings across the country.”

Morgenstern added, “Since the deal was announced, CUFI new membership has increased over 125,000. We are fast approaching 2.4 million members, and they are voicing their concerns over this terrible deal.”

In a sure sign of desperation, Obama has enlisted the help of Rev. Al Sharpton to rally African-American churches to his side.

Notwithstanding Obama’s stature in the community, African-Americans are among the most passionate church-going populations in the country. Despite the image portrayed in the press, Sharpton is not held in high esteem amongst church going blacks.

“It seems clear that Al Sharpton’s rhetoric is not having a significant effect. If anything, we are seeing some pushback among CUFI’s black pastors,” noted CUFI Diversity Outreach coordinator, Pastor Dumisani Washington. “It has been fairly silent within the black church community, mainly because the deal has been cast as a referendum on President Obama, and most black pastors are uncomfortable overtly opposing the president. However, this silence speaks volumes as it suggests black clergy are not in favor of the deal.”

If there is one undeniable miracle, it is the unity of American Jewry against the Iran deal.

The average American tends to assume that if a policy is bad for Israel, Jews will reject it. Well, “bad” is subjective; and in a community that offers three opinions for every two members, American Jews can’t even agree when Passover begins, let alone an existential threat to the Jewish State.

Jews, second only to African-Americans, overwhelmingly support Democrats. Among liberal or Reform Jews, I have argued for decades that they blindly vote for the name next to “D” on the ballot. But as a community, according to numerous polls, Jews are now opposing the Iran deal by significant numbers.

The president’s sycophants in the press desperately attempt to paint a different picture. Whenever they are looking to portray Israel and the Netanyahu government in a negative light, they come up with a token member of the Jewish community or liberal advocacy group to do their bidding. Case in point: the 340 American rabbis that recently signed a letter supporting the Iran deal. 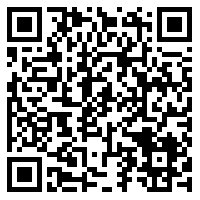