Hebron Arabs attempted to lynch five Jewish tourists from the U.S. who entered the wrong part of town in Hebron on Thursday.

The tourists, described as hareidi-religious men, entered the Jabel Johar neighborhood in the Palestinian Authority-controlled section of ancient Biblical city by mistake.


There, they were swiftly attacked by a mob of Arabs who hurled firebombs (Molotov cocktails) and rocks at them, according to security personnel.

A local Arab quickly took them into his home to wait for rescue by Israeli soldiers.

Medics from the Israel Hatzoloh emergency service of Judea and Samaria who responded to the scene reported that one of the tourists was bleeding from the face. At least two were injured in the attempted lynch and were taken by soldiers to receive medical attention. Subsequently both were evacuated to a hospital where they are listed in fair to good condition.

Firebombs hurled at their car ignited the vehicle. The flames quickly incinerated the car, according to the local ZAKA emergency response service from Kiryat Arba / Hebron.

An unnamed civilian security official who arrived on the scene spoke with Tazpit News Agency. “Strictly speaking and in order of arrival, civilian security services arrived first on the scene and after that, the IDF. Riot police entered only after civilian personnel were on site, both those on shift and those on call, and many army forces who quickly asserted control over the situation,” he said.

“Only after that did riot police arrive to rescue the Jewish tourists from the Arab home, and [then] took them to Kiryat Arba to receive medical treatment.” 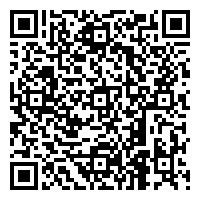