The political fallout from what many Jews view as Barack Obama’s disregard for Israel, highlighted most recently by his calamitous pursuit of a nuclear deal with Iran, should surface in a heightened Jewish vote for the Republican candidate in next year’s presidential election.

While the accepted wisdom holds that most Jews are liberal Democrats and therefore inoculated from political change, enough has been happening at the public opinion margins to make a difference. Moreover, the Jewish population demographic of only two percent does not reflect the group’s relative power given a ninety percent voter turnout, the highest of any American ethnicity.


Forty years ago, I demonstrated in an article for New York magazine how a slight tilt in New York State’s Jewish vote would have won the presidency in 1976 for the incumbent Republican president, Gerald Ford. In that race, the Jewish vote nationally broke 71 parent for Democrat Jimmy Carter and 27 percent for Ford – a seemingly overwhelming endorsement of Carter.

But after having fun with the numbers, I presented another possibility. While Jews comprised some twelve percent of New York State’s population, it was estimated that a turnout of ninety percent of registrants had produced 1,200,000 Jewish voters. Overall, 6,500,000 New York State voters chose Carter, who won the state by only 300,000 votes. If only fifteen percent of the Jews who voted for Carter had switched (150,000), the state would have gone for Ford – and, more importantly, Ford would have been reelected president with an Electoral College vote of 281-256.

This prospect turned out to be not so preposterous after all, because in the following election, 1980, Carter’s Jewish support crashed from 71 percent to 45 percent.

As we move toward the 2016 presidential election, the numbers convincingly show growing Jewish opposition to Obama. In 2008 he won 78 percent of the Jewish vote but that support dropped to 69 percent in 2012. In last year’s midterm, clearly a referendum on Obama, he was supported by 66 percent of Jews. A recent Gallup survey had his Jewish approval at 50 percent.

The stunning news is that during Obama’s presidency, the number of Jews who identify as Republican, or as independents who lean Republican, has grown by more than half, to 33 percent.

While Hillary Clinton will weave and spin in order to recapture this fleeing Jewish vote, her possible moves are limited. Her party base is increasingly anti-Israel, the latest example being the dozens of Democratic members of Congress who boycotted Prime Minister Netanyahu’s historic speech to Congress in March.

Another defining event, not cited enough by analysts, was the victory of Republican Bob Turner in the special election in Brooklyn’s twelfth district in 2011 to fill the seat of the disgraced Anthony Weiner. Holding the largest Jewish demographic in the nation, heavily Orthodox in makeup, this district defied its history, sending a Republican to Washington for the first time in nearly a century.

Jewish voting presence is significant in New York, California, Ohio, New Jersey, and Pennsylvania, but in terms of the Electoral College is most likely to make a difference in Florida. In 2012, Obama defeated Mitt Romney in Florida by only 75,000 out of a total state vote of 8,4000,000. While Jews make up 3.4 percent of the total population, they comprise 8 percent of the electorate, or 650,000 voters. Strikingly, if only 6 percent of these voters (38,000) had switched, Romney would have won the Sunshine State. These numbers should prove even more frightening to Democrats given the presidential candidacies of Floridians Marco Rubio and Jeb Bush.

Jewish political influence not only reflects itself in Electoral College arithmetic but in activism, civic responsibility, political money, and concern for the public good.

Such spirited involvement has for decades redounded to the benefit of the Democratic Party. Ironically, despite so much self-absorbed attention to his political legacy, Barack Obama will be remembered, to his chagrin, for the flowering of Republican identity among many previously well-entrenched Democratic Jewish voters. 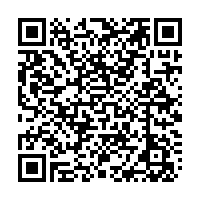