The Finnish “World Village festival emphasizing the environment has banned the participation of the Jewish National Fund (JNF), the largest environmental organization in Israel. The Finnish government feigned it was powerless to interfere in the boycott and told the Israeli Ambassador to Helsinki that it has no say in the matter because the “Maailma Kylässä” festival is a “private event.”

I wonder how this scandalous decision is consistent with values such as eco-friendliness, fairness, tolerance, and the desire for peace. I wonder if the rest of the organizations in the festival are required to stand up to the same criteria.”


However, the Finnish government’s security forces were able to convince the World Village to ban the Freedom of Speech village, warning that an exhibition supporting the freedom of the Charlie Hebdo satirical magazine to publish cartoons of the Muslim prophet Mohammed might cause violence.

The JNF has planted 240 million trees since 1901, and Israel is one of only two countries in the world that registered a net increase in the number of trees at the beginning of the 21st century.

It can be assumed that the organizers do the World Village were celebrating Boycott Israel when deciding to ban the JNF, which also has donated 3,000 trees to the Palestinian Authority for its new city of Rawabi north of Ramallah.

The World Village organizers figure that the environment is better off without a pro-environment organization, which is Jewish, and without a free speech environment that might upset Muslims. 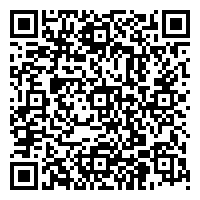